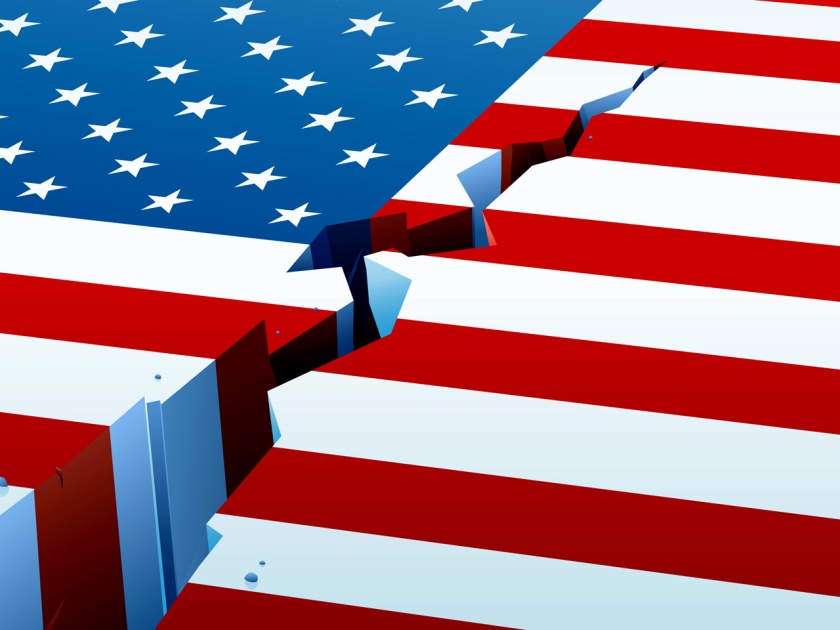 On the annual celebration of America’s birth as a nation, southern California – the most Godless state in our Union today – was rocked by the most powerful earthquake to strike the modern-day Sodom in 20 years.

The 6.4 magnitude quake, which was centered in Ridgecrest, was felt nearly 250 miles away in Las Vegas (which is coincidentally nicknamed “Sin City”). It also caused buildings to sway 150 miles away in Cali’s most populated city of Los Angeles – home to nearly 4-million people.

I’m sure it is no coincidence that just days after closing “LGBT Pride Month,” the month during which many Americans celebrated the abominable sin of homosexual rebellion against God, southern California – the epicenter of LGBT “Pride” – was strongly shaken by the LORD.

I truly believe that, on this anniversary of our forefathers declaring the independence of this nation under GOD, that the LORD was warning America to REPENT and return to Him. This nation has backslid so very far from our Godly foundation that was laid nearly 240 years ago.

Since our colleges today are mostly being run by atheist administrators and professors, very few young Americans know the true history of this nation. They are not taught how our country was publicly consecrated to the LORD by our very first President George Washington, and how our entire legal system and national moral code was based upon the Word of God (the Holy Bible).

Thus, instead of acknowledging that all of the rare and historic earthquakes, wildfires, and hurricanes are all God’s way of getting our attention after falling so far away from Him as a nation, the youth of today are brainwashed to believe that it’s all a result of random “climate change” or “global warming.”

As long as many Americans continue to believe this lie promoted by men and women who have never picked up a Holy Bible in their lives, the judgments of the LORD will only continue to get worse. No amount of “climate action” taken by this generation, or any generation, will ever prevent the future weather catastrophes from getting worse.

The only thing that will ever prevent future disasters in America and the world is turning from SIN, repenting of it, humbling ourselves under the Almighty Hand of God, and returning to Him with all of our hearts. Until we do, mark my words, the judgments (especially in Godless states like California and New York) will continue to fall upon the USA.

I had already warned about California being under the gun for God’s judgments many times since the inception of this website, and also in my first book – “The Signs of Our Times.” In my second book, “EVEN MORE Signs of Our Times,” I confirmed that the LORD’s judgments have already begun to fall on Cali through recent historic wildfires.

If a majority of this nation does not return to our God, and soon, then today’s powerful earthquake in Cali will be nothing compared to what is to come in the near future. Repent and return your God America. REPENT AND RETURN… before it’s too late.

Read more about my warnings of God’s judgment being poured out upon California, and the fulfillment of those warnings, in my books 👇

“All the nations that forget God shall be turned into HELL.” – Psalm 9:17

“The earth is utterly broken down, the earth is clean dissolved, the earth is moved exceedingly. The earth shall reel to and fro like a drunkard, and shall be removed like a cottage; and the transgression thereof shall be heavy upon it; and it shall fall, and not rise again.” – Isaiah 24:19-20