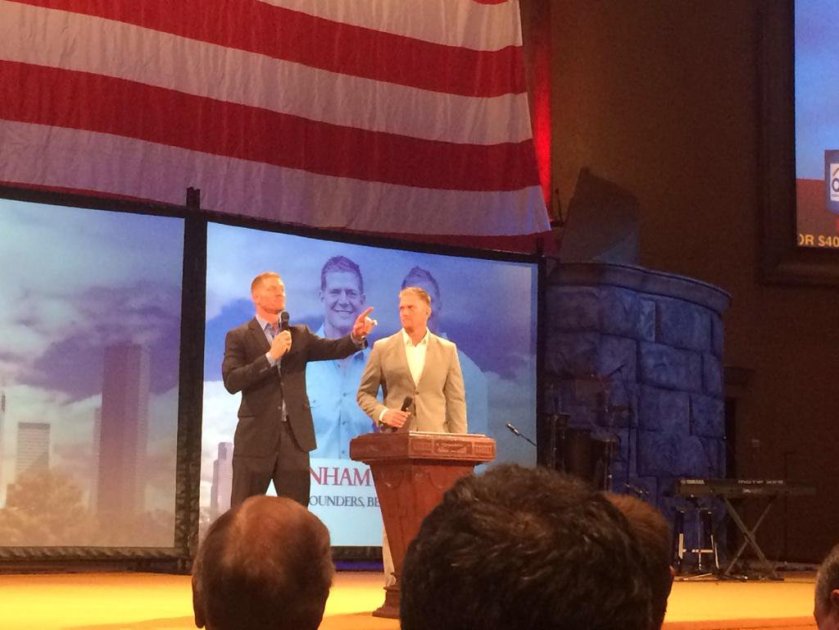 We’ve seen that to be true, which is why USA Today’s recent story grabbed our attention last week: “So Yale Law School endorses anti-religious bigotry now?”

The story basically describes the digressive nature of the progressive movement’s goal to silence freedom of speech and slay freedom of religion. That’s why the ceiling consistently becomes the floor with these folks. First they want acceptance of their ideas, then appreciation, then celebration, then participation – and if you choose not to join the revolution, they’ll marginalize you, demonize you, and eventually criminalize you if they can (wow, that was a mouthful).

The article reported the Yale Federalist Society scheduled an event in February with the Alliance Defending Freedom, a premier legal organization with nine Supreme Court wins in the last seven years. But before the event took place, over 20 campus organizations condemned the group as “homophobic and hateful” because it has defended religious freedom – and won – on multiple occasions. Their most recent victory included the Colorado cake baker.

And, like a set of perfectly aligned dominoes, the dean of the school fell directly into line with the protestors. By late March, the school had adopted new policies that went even further than the protestor’s demands. Samuel Adkisson, himself a Yale grad, summed it up like this:

There are a couple key points I’d like to point out.

First, Lincoln’s quote was spot on – kids in college today do become leaders in government tomorrow. So it matters where we are sending our kids and what they are being taught.

Dr. Elton Trueblood, a former chaplain for Stanford and Harvard in the early 20th century, was asked what it would look like for Christians in America in the 21st century. His response was eerily prophetic: “By the year 2000, Christians in America will be a conscious minority surrounded by an arrogant, militant paganism.”

He saw the direction progressives were taking our colleges, and his discerning reply was our warning. Now it’s here.

Second, those saying all we need today is more “conversation and dialogue” should understand that it requires shared values and common goals with those to whom we converse to move forward as a society. But that’s not what the progressive left wants.

A traffic analogy works well here. Traffic flows in America, despite the cars we drive, what we listen to on the radio or think about other drivers, because we all have the shared value that red means stop and green means go – and we all have the common goal of making it to our destination safely.

But if people don’t share those values or goals traffic would quickly become unsafe – it would turn into chaos. And that’s the ultimate goal of the left.

Which brings me to my last point. God is not the author of chaos and confusion, the devil is. At the bottom of this struggle on college campuses (not to mention mainstream media and Hollywood) is a spiritual battle between good and evil, right and wrong.

It’s not a Republican/Democrat thing, conservative/liberal thing, black/white thing, citizen/immigrant thing, or any other thing the left decides to foment. It’s a spiritual battle that truly rages behind the scenes.

Why do the nations rage
and the peoples plot in vain?
The kings of the earth set themselves,
and the rulers take counsel together,
against the LORD and against his Anointed, saying,
‘Let us burst their bonds apart
and cast away their cords from us.’ (Psalm 2:1-3)

Matthew Henry, the 18th-century Bible commentator, said of Psalm 2 that people throughout history constantly seek to cast off “the bands of conscience and the cords of God’s commandments.”

That’s why conscience and conviction are in the cross-airs of the radical Left. It’s spiritual, even if they don’t know it.

And Revelation 12:17 reveals that Satan is behind it all:

Then the dragon became furious with the woman and went off to make war on the rest of her offspring, on those who keep the commandments of God and hold to the testimony of Jesus.

Those who choose to live by their conscience and conviction and honor God’s moral commands in today’s America find themselves directly in opposition to the dragon of Revelation – Satan himself.

Those on the radical left have no idea the spirit under which they are operating, so we are hitting our knees in prayer more than ever for them to be set free.

Because the good news of the Gospel is still the good news – that Jesus defeated the devil at the Cross and is clothed with resurrection power.

Get the Benham Brothers’ new book BOLD AND BROKEN today 👇