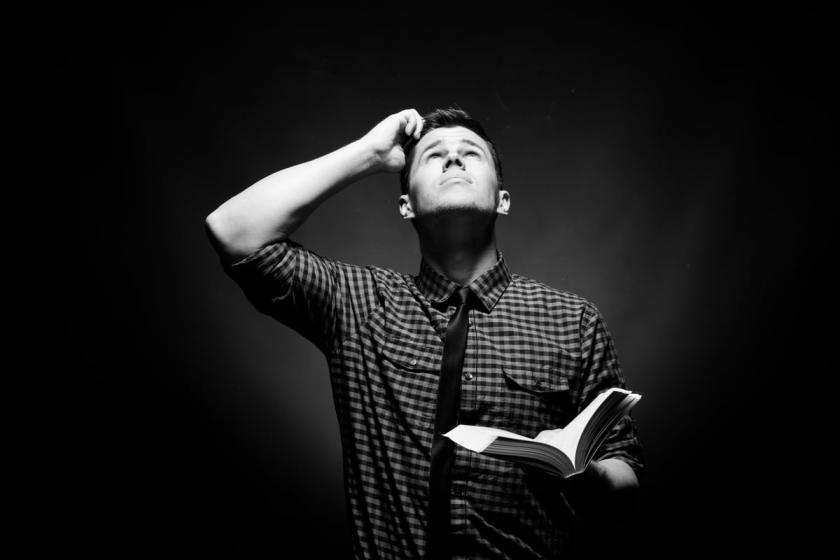 “The State of Theology” in America was examined by Ligonier Ministries in a new survey conducted by LifeWay Research. The study was based on interviews with 3,000 Americans. 2018 was the third time that Ligonier and LifeWay have conducted the survey, following similar studies in 2014 and 2016.

Ligonier says that the survey helps uncover “what Americans think about God, Jesus Christ, sin, and eternity.” Unfortunately, as with past studies examining Biblical belief in America, the results are alarming. They highlight, once again, the “sad state” of Theology in American Churches.

The President and CEO of Ligonier Ministries, Chris Larson, says that “The State of Theology survey highlights the urgent need for courageous ministry that faithfully teaches the historic Christian faith. It’s never been popular to talk about mankind’s sinfulness or the exclusive claims of Jesus Christ. But at a time when a darkened world needs the light of the gospel, it’s disheartening to see many within the evangelical church confused about what the Bible teaches.”

What makes Larson so disheartened? What exactly is the Evangelical Church confused about? Apparently.. A LOT. While this was a survey of Americans, as a whole, let’s focus first on the shocking responses by professing Evangelical Christians…

On the survey statement, “Everyone sins a little, but most people are good by nature,” 52% of Evangelicals agreed. So, more than half (of what is supposed to be the most Biblically-literate denomination out there today) completely contradict what the Holy Bible actually teaches. Not one human being on earth is “good by nature.”

We live in a fallen world, where we are prone to sin since our youth. We are more likely to break God’s moral Law each day, than we are to “do good.” Like it or not, that is just the way it is. WE ALL SIN, and fall short of God’s Glory (Romans 3:23). That is the reason why we all need a Saviour. We serve an all-Holy God, Who cannot dwell in the presence of sin. As long as we are stained in sin, we cannot enter into His Presence.

So, we are not “good.” Every single one of us is a sinner. The holiest Pastor or Priest still wrestles with some type of sin. So, agreeing that “most people” are good is just 100% against the Word of God. Jesus Himself said, when He was called “good,” that “there is NONE good but GOD.” He was of course referring to His Father in Heaven, YHWH.

Another piece of Scripture, that completely obliterates the view that “most people are good,” is found in Romans –

You think that would be plain enough to anyone who claims to be a Holy Bible believer; but I guess a lot of today’s Evangelicals must have glossed over Romans, Chapter 3. While Evangelicals agreeing with that first statement was disappointing, their agreement with the next statement is beyond blasphemous. On the survey statement, “God accepts the worship of all religions,” 51% of so-called believers AGREED.

Again, more than half! I’m curious as to what version of the Holy Bible that this half of Evangelicals are reading today… or not reading at all. If they are reading their Bibles, their versions are certainly poorly translated ones. God does NOT accept worship of other “gods” or “religions,” not in any way shape or form.

He condemns idolatry all throughout the pages of our Holy Book, in both Old and New Testaments. He most assuredly condemns worship of Islam and Allah, as Allah is our Old Testament’s “Baal.” Also, the Quran is the antithesis of our Holy Bible. He also condemns worshipping any and all false gods, and thus that would pertain to Buddhism, Hinduism, and all of the other “ism” religions.

So, to the 51% of Evangelicals who think that God is ok with you worshipping other “gods” or adhering to other “religions,” you are grossly mistaken. Any Christian, of any denomination, who could agree with that survey statement has never read the Holy Bible. There is no possible way that you could have. Now, if those of you reading this thought that the responses to this survey couldn’t get any worse – you are sadly mistaken.

As to what everyday Americans believe about the Holy Bible… On the statement, “Even the smallest sin deserves eternal damnation,” 69% disagree. Nearly ¾ of Americans. While it may sound harsh to say that a white lie, gossipping, disrespecting your mom or dad, not keeping the Sabbath Day holy, and coveting something of your neighbor, will result in you having to spend eternity in Hell – it’s TRUE.

As I said earlier, WE ALL SIN. It doesn’t matter how little or how big of a sin you commit. God is Holy – you are unholy. Thus, you cannot stand in God’s presence. UNLESS, of course, you accept God’s easy solution to this problem: JESUS. He, Who knew no sin, bore the punishment of sins for us and died for them on our behalf. He suffered our just judgment, so that us unworthy poor sinners can spend eternity with the God of the Universe.

If you choose not to accept Christ’s sacrifice on your behalf, then yes – even the smallest of your sins will sentence you to eternal damnation. God made a way so that you would not have to endure that consequence of your sins; but if you don’t repent and accept Lord Jesus as your Saviour, then YOU are condemning yourself to Hell – NOT God.

On the statement, “Religious belief is a matter of personal opinion; it is not about objective truth,” 60% agreed. The Holy Bible was penned by the Holy Spirit of God Himself. It is the only thing that should be considered “TRUTH” in this life. If you believe the Word of God, then you believe the Truth. Something that billions of people have believed for thousands of years, and which has always held true and never been proven wrong, cannot be considered “personal opinion.”

Even worse news, coming out of this survey, is that the trend of wider acceptance of same-sex relations continues. For the first time, in nearly a 5 year period of surveys, more Americans (than not) agree that the Holy Bible’s teaching on same-sex relationships is OUTDATED.

On the statement, “The Bible’s condemnation of homosexual behavior doesn’t apply today,” 44% agreed compared to 41% who disagreed. So, even though every reference to homosexuality in the Holy Bible is crystal clear (both Old and New Testaments) that it is abominable sin to God Almighty, many Americans don’t believe that God cares much about the issue in our day and age.

They couldn’t be more wrong. In my book, “The Signs of Our Times”, I write an entire chapter about “LGBT PRIDE” and why it is bringing judgment after judgment from God upon this backslidden nation. Though, most Americans today say that God has probably “evolved” into the 21st Century. They fail to realize that God is “the same yesterday, today, and forever” (Malachi 3:6 & Hebrews 13:8).

Even most Christians have forgotten this timeless truth. They believe Satan’s lie, which says, that if a majority of this generation believes God is “wrong” on any issue – then He must change “His Way” of thinking, in order to adapt to the current culture. All I can say to that is – don’t hold your breath! God has never been, is not, and will never be, wrong on any subject. He is GOD for God’s sake!

It is us poor sinners that need to change our ways, in order to adapt to Him. I promise you that it is not the other way around. If God called something “sin” yesterday, then it is still sin today. If God called something an “abomination” thousands of years ago, then rest assured that it is still an abomination today. He alone is God, and thus, it is only He that gets to make the rules; whether this sinful generation likes it or not.

So, you can bet your bottom dollar that God’s condemnation of homosexual behavior applies just as much today as it did 4,000 years ago.

On the next statement (which appeared to be a trick question), “Jesus Christ is the only person who never sinned,” 57% agreed. This 57% of Americans have obviously never had even the most basic of crash courses in Christianity.

#1, Jesus isn’t a “person,” He is God. #2, He is the only One in history “Who knew no sin” (2nd Corinthians 5:21). Everyone else on this planet, who has ever lived, SINNED. Again, I repeat the earlier verse – “WE ALL SIN” (Romans 3:23 & Isaiah 64:6). So, even if you read the statement from the standpoint that Jesus was a “person” on earth, though at the same time “God in the flesh,” He would indeed be the only “Person” in history who never sinned.

Everyone else did, everyone else does, and everyone else always will. You can’t get around it. It is just the way it is. I’d like for that 57% of Americans to all explain to me who else they think “never sinned.” I have never heard of anyone besides Christ JESUS.

I will forever put my trust in the inerrant accuracy of God’s Word over the fallible opinions of men.

Finally, as to how the young adults (Millennials) responded to the survey… as you would expect – NOT GOOD. On the statement, “The Bible is not literally true,” 53% agreed. That is up 7% from the 2016 survey. God help us. And, on the statement, “Gender identity is a matter of choice,” 46% agreed.

Meaning, they believe that even though God created you as a male (with male parts) or a female (with female parts), you can “choose” the gender you would prefer to be. This ideology is completely antithetical to God’s Word. I go into detail as to all of the reasons why in my new book.

“These results (of the survey) are a serious cause for concern,” said Stephen Nichols, Ligonier’s chief academic officer and president of Reformation Bible College. Sadly, it appears that the “State of Theology” in American Christianity just gets worse year after year. People are more concerned with being entertained in Church these days, as opposed to actually learning something about God.

They want “feel good” time, and never “reflect and repent” time. Hopefully, those of us who still faithfully preach God’s Truth to a backslidden nation and world will not grow weary. We need to be shouting His Word from the rooftops, whether people want to hear it or not. Because many people today want to call themselves Christian, but then cook up their own beliefs about the Faith – and “what it should be” as opposed to “what it has been” and “is.”

Just like our God in Heaven, the Word of God is the SAME yesterday, today, and forever. You cannot change it to better suit the mainstream opinions of this generation. You can’t rewrite it. It has stood the test of time, and if we are not the generation of the Rapture as I believe – then it will be here long after we are gone. You can believe whatever you want, but if what you are believing is not in line what with the Holy Bible says – then you are believing a LIE.

“Preach the WORD; be instant in season, out of season; reprove, rebuke, exhort with all longsuffering and DOCTRINE.” ~ 2nd Timothy 4:2

“For the time shall come when the people will no longer listen to sound (Biblical) teaching; but they will follow their own desires, and seek out teachers who will tell them whatever THEIR itching ears WANT to hear.” ~ 2nd Timothy 4:3

“Now The Holy Spirit speaks expressly, that in the Last Days some shall DEPART from the Faith, giving heed to seducing spirits, and doctrines of DEMONS.” ~ 1st Timothy 4:1

“Let NO MAN deceive you by any means: for that day (of Lord JESUS’ Return) shall not come, except there come a FALLING AWAY (from the Faith) first…” ~ 2nd Thessalonians 2:3