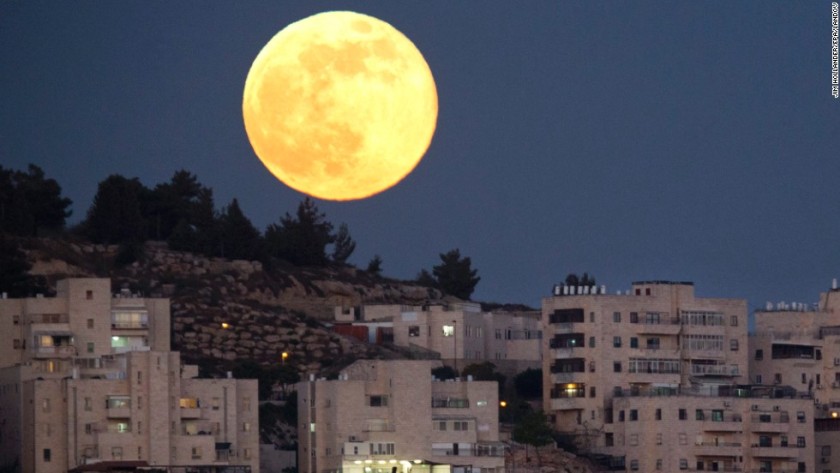 This Monday, November 14th, the Moon will makes it’s closest approach to earth in nearly 70 years. It will not be this close again until 2034, and the absolute closest full moon of the 21st Century won’t arrive until the year 2052! So this coming Supermoon is extremely rare, and will be the largest in our CENTURY. 1948 was the last time that the Moon and our planet had been in such close proximity, which just so happened to be the most Prophetical year since Christ left the earth. It was the year that the Nation of Israel was REBORN! What’s even more significant is that we are in the Biblically significant year of 5777 on the Hebrew Calendar! I believe this Supermoon is pointing to another huge Biblical Prophecy about to be fulfilled.

If the year 5777 were to pass without the fulfillment of any recognizable prophecies, I would be very shocked. There have just been too many signs in the heavens which I believe have all been pointing to something BIG on the horizon. Last month, the Biblical Feast of Tabernacles (Sukkot) was ushered in by a Super-BLOOD MOON. Prior to that, during the past two Holy Years of the Shemitah and Jubilee, we witnessed the rare occurrence of a Blood Moon Tetrad. All four Blood Moons appeared directly ON Biblical Feast Days! Two rose on the Feast of PASSOVER, and the other pair on the Feast of TABERNACLES. Talk about God being on time all of the time!

This coming Supermoon will appear about 15% larger than normal, and over 30% brighter. At approximately 6:15 am EST on Monday morning, the moon will arrive at it’s closest point to the earth. It will be 221,524 miles away. It will only be closer in the year 2034, when it will be 221,485 miles away. Normally, the moon and earth are about 240,000 miles apart. The peak of Monday’s full moon will come at 8:52 am EST. However, since the closest approach will be in the early morning hours on the East Coast, the Sun will be rising as the Moon is setting. Thus, the best viewing times for the Supermoon will be Sunday and Monday nights.

The incredible proximity of the Moon to earth in the coming days will result in a dramatic rise in high ocean tides. Even the smallest coastal storm at sea during the Supermoon could trigger coastal flooding. One thing is for certain, that this coming rare lunar event will trigger something Biblically significant. Lord Jesus said to His Disciples, when speaking of the season of His Return ~

Our generation has seen more signs in the heavens than possibly any other generation since Christ spoke those words. Whether the historic Blood Moons on Biblical Feast Days and in Holy Years, or the once in a Century Supermoon, God is definitely trying to get the world’s attention.

His Word tells us that “He appointed the Moon for SEASONS” (Psalm 104:19). A “season” in the Holy Bible doesn’t always mean Spring, Summer, Fall, or Winter. A season can be an appointed time for mercy, grace, reaping, judgment, or prophecy fulfillment. Given all of the recent signs in the Moon, I believe we are entering a season of something truly historic. Will it be the Rapture? A Biblical War? A historic disaster? A global government? Something is COMING! How can any believer not discern the Signs of the times? 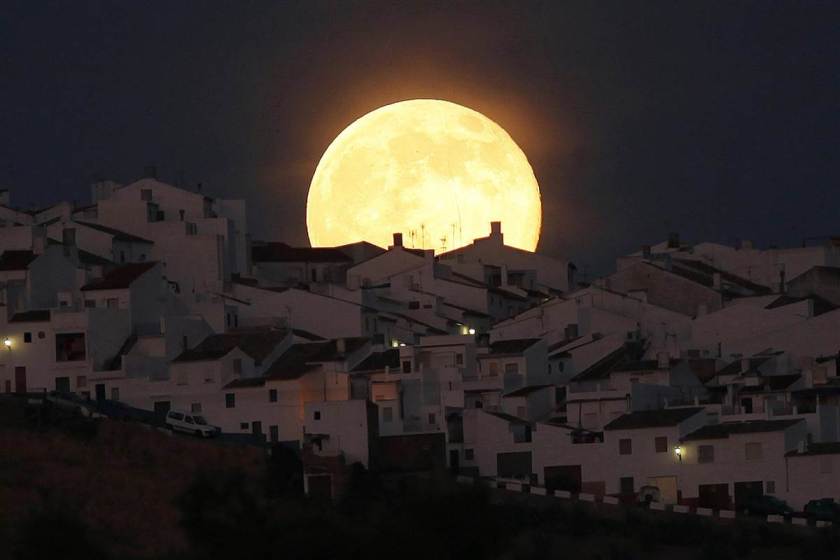 “The light of the Moon shall be AS the light of the Sun.. in the day that The LORD binds up the breach of HIS people, and HEALS the stroke of their wound.” ~ Isaiah 30:26

“The Sun shall be turned into darkness, and the Moon into BLOOD, before the great and the terrible Day of The LORD come.” ~ Joel 2:31 & Acts 2:20