On the eve of the Supermoon of the Century, a massive 7.8 magnitude earthquake rocked New Zealand early this morning. As if this wasn’t significant enough for Holy Bible believers who closely observe the signs of the times, the New Zealand city dominating global headlines today is CHRISTCHURCH. The quake struck just after midnight on Sunday and was centered 57 miles northeast of the city. We believers that study Biblical Prophecy strongly believe that we are living in the Last Days, and that the Rapture of Christ’s Church is ever on the horizon. So it is not so much the powerful earthquake that caught my attention today, but the fact that in the Year 5777, on the eve of the historic Supermoon, the word “CHRISTCHURCH” is topping the headlines of every major news source in the world!

This morning’s earthquake was felt more than 120 miles away from it’s epicenter, and prompted tsunami warnings along all of New Zealand’s east coast. It triggered waves of 2.5 meters above usual tide levels and nearly 8 feet high, the Pacific Tsunami Warning Center said. Philip Duncan of Weather Watch New Zealand said, “These are the highest tsunami waves that New Zealand has seen in at least 38 years.” 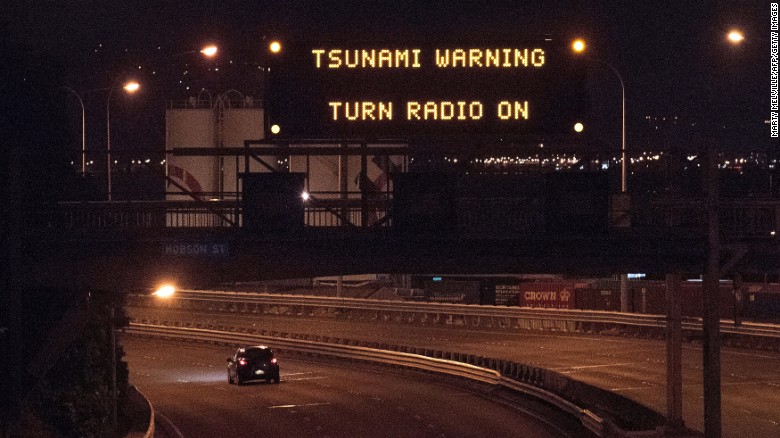 Hundreds of strong aftershocks have followed, some reaching 6.0 on the richter scale. Many buildings have collapsed, roadways have split in two, power lines have toppled, and damage has been reported as far as New Zealand’s Capital, Wellington, which is over 100 miles away. One resident told reporters, “This is the strongest earthquake I’ve ever felt.” 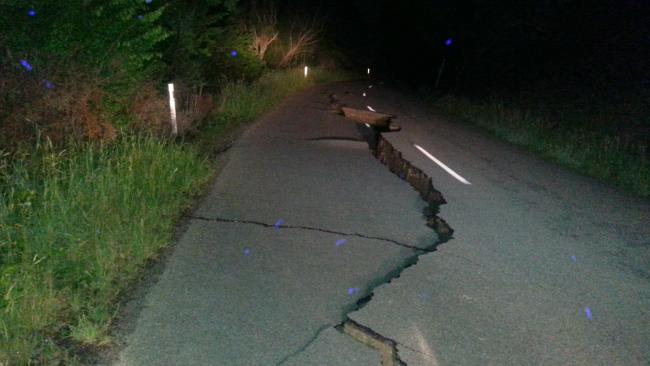 U.S. President Barack Obama’s Secretary of State, John Kerry, was in New Zealand on Sunday. Coincidence? I think not, given that Obama’s Administration has been the most Biblically-hostile, anti-Israel American government EVER. This wasn’t the first time Christchurch has made global headlines during Obama’s anti-Christian presidency. In 2011, a poweful 6.3 magnitude earthquake killed 185 people in the city, and caused widespread damage. 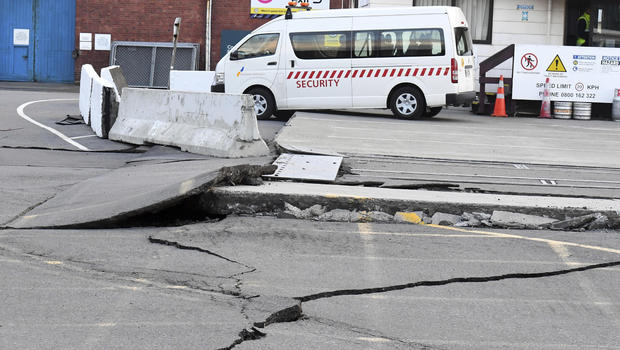 Lord Jesus said that one of the biggest signs indicating His Return (Rapture of the faithful) to be near, would be “POWERFUL EARTHQUAKES in diverse places”. In the past 5 years, we have seen a dramatic uptick in powerful and damaging quakes, especially the historic 9.0 Japan earthquake and Tsunami disaster in 2011. 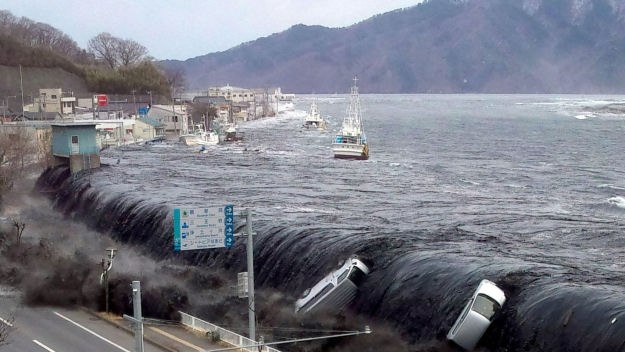 Though these jaw-dropping signs should be enough for believers, as I mentioned to open this article, we recently entered into the incredibly significant Biblical Year, 5777. The number 777 represents our GOD and Father YHWH, as well as His number of perfection and completion. This year will be the 50th Anniversary of Israel’s reunification with the Jewish State’s God-given Holy Capital of Jerusalem. Also, there is an extremely accurate 800 year old Rabbinical Prophecy that predicts 5777 will begin the Season of the Coming of the Messiah (in our case, His RETURN)! (For more information, read my article 5777: Year Of The RAPTURE?)

As if all of this was not enough to inspire you to get right with The LORD and prepare for the imminent Rapture of the faithful, TONIGHT, the Moon will makes it’s closest approach to earth in nearly 70 years! It will not be this close again until 2034, and the absolute closest full moon of the 21st Century won’t arrive until the year 2052! So tonight’s Supermoon is extremely rare, and will be the largest in our CENTURY.

1948 was the last time that the Moon and our planet had been in such close proximity. For those of you unfamiliar with Biblical Prophecy, 1948 just so happened to be the year that the Nation of Israel was REBORN! At approximately 6:15 am EST on Monday morning, the moon will arrive at it’s closest point to the earth. The Supermoon could trigger earthquakes, and the slightest coastal storm at sea could bring dangerous coastal flooding. 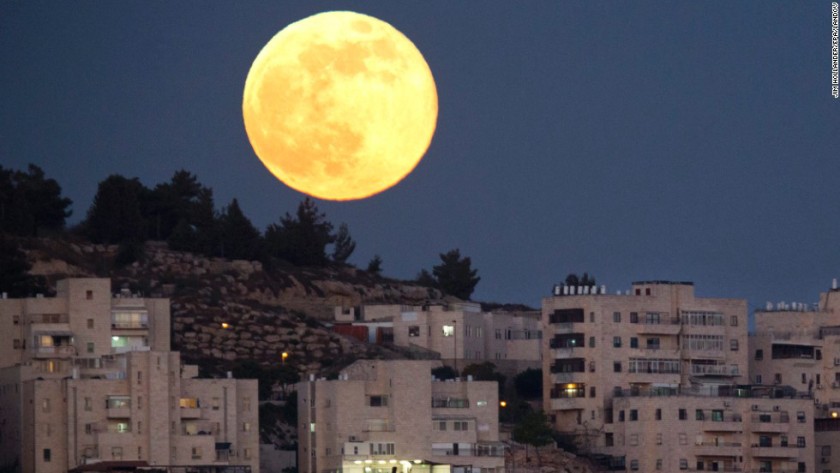 Our generation is the FIRST in world history to witness ALL of the signs being FULFILLED which Jesus Christ gave, as well as the Old and New Testament prophets, relating to the “Last Days”. One of Lord Jesus’ most important commands which he gave to us is that when we begin to see these events come to pass in our lifetime, we must be READY and stay alert for His imminent Return.

“Jesus said, Be you READY: for in such an hour as you think not I WILL COME. Who then is a FAITHFUL and wise servant, whom his Lord has made ruler over His household (the Church), to give them meat (teaching on His Return) in DUE SEASON? Blessed is that servant, whom his Lord when He comes shall find so DOING.” ~ Matthew 24:44-46

I’m thoroughly convinced that we are the generation of believers who will not taste death, but will meet The Lord in the air ALIVE. There are just too many signs being fulfilled around us every year, every month, every week, and even every day. Now is the time for the Church to AWAKE from it’s slumbers, and prepare to meet our God! The fact that “CHRIST-CHURCH” topped global headlines today, just before the Supermoon of the Century is about to rise, should excite every believer. The King is coming! The King is coming! So repent, turn humbly and faithfully to The LORD, preach the Word, save the lost, and look up, so that you won’t be left behind. Maranatha!!!

“The earth is utterly broken down, the earth is clean dissolved, the earth is MOVED exceedingly. The earth shall REEL to and fro like a drunkard, and shall be removed like a cottage; and the transgression thereof shall be HEAVY upon it; and it shall FALL, and not rise again.” ~ Isaiah 24:19-20

“JESUS said.. upon the earth shall be distress of nations, with perplexity; the sea and the WAVES ROARING; Men’s hearts failing them for FEAR, and for looking after those things which are COMING on the earth.. And THEN shall they see ME (Jesus Christ) COMING in a cloud with Power and great Glory. And when THESE things begin to come to pass, then LOOK UP, and lift up your heads; for YOUR redemption draweth NEAR.” ~ Luke 21:25-28

“Behold, I show you a mystery; We shall not all sleep (die), but we shall all be changed, In a moment, in the TWINKLING OF AN EYE, at the last trump: for the trumpet shall sound, and the dead shall be RAISED incorruptible, and we (which are alive) shall be CHANGED.” ~ 1st Corinthians 15:51-52

“JESUS said, Because you have kept the word of My patience, I also will keep you from (OUT OF) the hour of temptation (testing), which shall come upon ALL the world, to test them that dwell upon the earth.” ~ Revelation 3:10

“JESUS said, When you shall see ALL these things, KNOW that My Return is NEAR, even AT the doors. TRULY I say unto you, the generation (to see all THESE things) shall NOT pass, till ALL these things be FULFILLED.” ~ Matthew 24/Mark 13/Luke 21