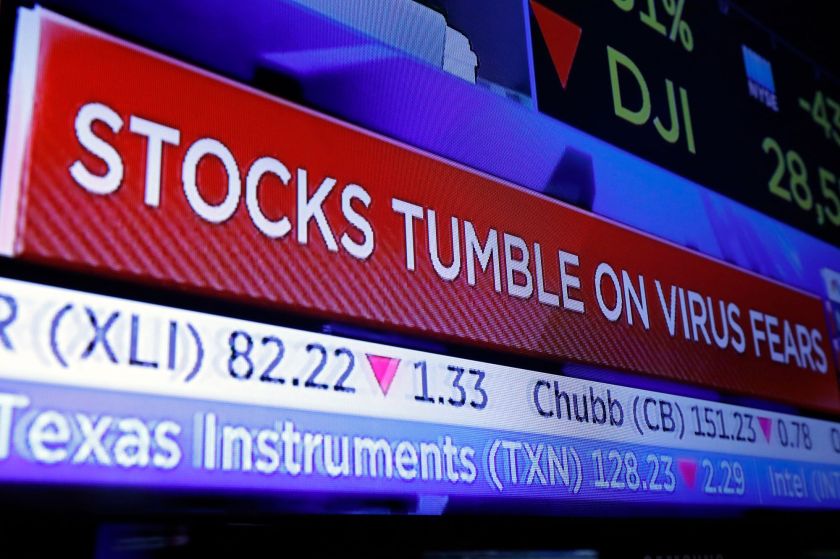 If you think that the Coronavirus pandemic and recent global stock market woes are bad, then you had better make darn sure that you aren’t left behind in the coming Rapture.

During the 7-year Tribulation, the Bible tells us that there will be plagues that will claim the lives of well over half of Earth’s population; and the global economy will be so bad that a loaf of bread will cost you an entire day’s worth of wages!

So, for those who believe that we are currently “in” the Tribulation today, you are grossly mistaken; and you greatly underestimate just how horrible the judgments will be upon the inhabitants of the earth who refused to repent and turn to our LORD.

At just the start of the Tribulation period alone, at the time of the fourth seal, 25% of the world’s population will be wiped out by pestilences. Right off the bat! I believe that the global terrorism, wars, famines, and pestilences, that are brought about by the first four seals being broken, will lead to a global economic collapse the likes of which the world has never seen nor will ever see again.

So while there are many who are panicking because of the recent 2%, 5%, or even 10% drops in the Stock Market, imagine when the global markets all plummet 100% to ZERO! That is when I believe that the world will look for a “savior,” and they won’t be looking for THE Savior – our Lord Jesus Christ. 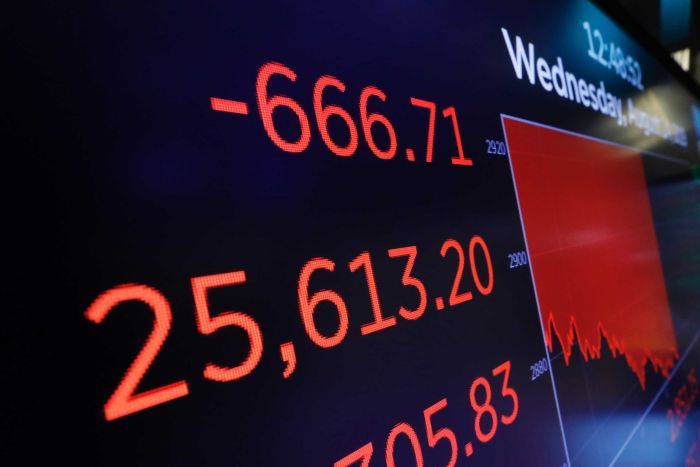 No… they will be looking for someone like them. They will search out a secular-minded man, with no time for “foolish faith in God” – but, rather, someone who can be a “god” to their world in turbulent and perilous times.

He will seize global control, most likely through the unanimous consent of the United Nations, and will “fix” the world’s broken economy. He will do so by creating a “One World Currency,” and it will require all inhabitants of the earth to receive a universal mark in order to buy and sell – the “MARK OF THE BEAST.”

I write a great deal about all of this in my new book, “The COMING Signs of Our Times: A Guide for Those Who Are Left Behind in the Generation of Tribulation.”

With all of the Coronavirus and financial panic across the globe right now, I think that it’s a great time to give a preview as to just how much worse the Tribulation will be than the times in which we currently live. Here is an excerpt from my new book about the “pestilences” which the 4th Horseman will bring upon the Earth –

As the fourth seal is broken, the fourth and final horseman rides onto the scene. He will be mounting the PALE HORSE –

“And when he had opened the fourth seal, I heard the voice of the fourth beast say, Come and see. And I looked, and behold a pale horse: and his name that sat on him was Death, and Hell followed with him. And power was given unto them over the fourth part of the earth, to kill with sword, and with hunger, and with death, and with the beasts of the earth.” – Revelation 6:7-8

While the color of the horse is described as “pale” in our English language, the Greek word used would more accurately be depicted as a sickly green color. This color depicts pestilences or plagues that will be brought by the horseman. It is unclear if there is one or if there are two horsemen released by the opening of the fourth seal, because the verse mentions only one horse but says that Hell follows the rider known as Death. It is possible that they are both riding on one horse; but even if they are riding separate horses, it doesn’t change the fact that they are working together to execute one singular “seal judgment” upon planet Earth.

They will be responsible for taking the lives of 25% of the unbelievers in the world, as the verse is clear that ¼ of Earth’s population will be wiped out by the riders. According to today’s global population estimates, this will be equivalent to around 2-BILLION human beings. I am sure that some of you may wonder why I specifically said that “unbelievers” would be their victims. Am I implying that there are Christians on the earth? But didn’t I make the argument in the Introduction that the Church would be raptured? The answer to both of these questions is yes.

The believers on the earth at this time are those who came to faith in Jesus Christ after the Rapture of their loved ones. Hopefully, you who are reading this book are one of them! I think that there will be many amongst the left behind who will pick up the Holy Bible for answers, or who will open a book like this one. This is what I believe will lead to the new generation of Bible-believers on the earth, known as the “Tribulation saints.”

The main reason why I suspect that only unbelievers on Earth will be affected by the sword, starvation, and pestilences which Death will bring is that the victims are then claimed by Hell. Hell was created for unbelievers. So, in this judgment, Death will take their physical bodies and then Hell takes their eternal souls.

Focusing on the specific methods that Death uses to claim its victims, I believe that they will all involve “pestilences.” Upon reading “the sword,” I’m sure that most would immediately think of combat weapons. But today, and I’m sure even more so during the Tribulation, some of the most dangerous weapons known to man are biological and chemical weapons. Both of these modern “swords” use infectious agents to incapacitate or kill the enemy.

Next, Death uses “hunger.” Starvation can leave the human body susceptible to infectious diseases due to immunodeficiency. And the last agent of pestilence employed by Death will be “the beasts of the earth.” Throughout history, most infectious disease outbreaks have come through animals. Read my previous book, Even More Signs of Our Times, in which I devoted an entire chapter to the subject of “Pestilences.” I explained how epidemics were spread from country to country via the beasts of the earth.

While this chapter of Revelation certainly appears to be the worst tribulation that the world has ever seen, those were only four seals. There are still three more to be opened, followed by the seven trumpet judgments and seven bowls of God’s wrath. Unfortunately, for the unbelievers, the worst is yet to come.

You can read about all of the other pestilences and plagues of the Book of Revelation, such as “Wormwood,” along with all that you need to know about economic collapse, the Mark of the Beast, and so much more in the book.

With so many unBiblical “Last Days” teachings and conspiracy theories out there today, I wanted to write a book about what God’s Word actually says. There is no need to take away from His Word, nor sensationalize it. Lord willing, you will all realize that when it comes to “tribulation,” the world hasn’t seen anything yet.

Today, times may be tough and even scary for the unbelievers of Earth; but for us who know the LORD, there is no reason to fear. We need to be looking up, because all that is happening now is heralding that fast-approaching day when we hear Lord Jesus say, “Come up hither.” After that day, and only after that day, the inhabitants of Earth will have great reason to FEAR.

If you don’t know Jesus, NOW is the time to call upon His Name.

TODAY is the day of salvation.

TOMORROW may be too late. For whosoever calls upon the Name of the Lord Jesus Christ SHALL BE SAVED.

Don’t wait another minute. Do it now. You’ll be eternally thankful that you did.

“For God so loved the world, that he gave his only begotten Son, that whosoever believeth in him should not perish, but have everlasting life. For God sent not his Son into the world to condemn the world; but that the world through him might be saved.” – John 3:16-17

GET THE NEW BOOK TODAY