(Via WND.com) – So often in today’s cultural conversation it’s easy to focus on winning our point more than loving the person. But if we’re going to be a bridge God can use to connect heaven to earth, we must always put the person over our point.

Years ago, a few days after we lost our reality show and our faces were plastered all over social media, we received a private message on Facebook from a man in Chicago. At this point we had been called pretty much every name in the book. But this guy was especially mad at us. Come to think of it, mad was an understatement. He was furious.

The venom this man was spewing as he ripped into us turned our stomachs upside down. Initially we both felt the knee-jerk reaction to defend and debate. We grew up fighters, so we have no problem locking horns. And as twins, fighting is in our DNA – though we mostly fight with each other.

But defend ourselves – that’s what we were feeling the desire to do when we got that message from our newfound Chicago friend. “We’ve got to defend ourselves,” we thought as we poised to correct the false perception this guy had in his mind about us. By this time our reputations had been smeared in the mud, so our gut response was to go back to those backyard bouts and take care of business.

Of course, in that moment we weren’t thinking of Christ’s words where He said we’re blessed when people falsely accuse us.

But within seconds the Holy Spirit checked our boldness and reminded us of brokenness, bringing that beautiful balance only the Spirit can bring. Our hearts broke for this man as we were reminded of our own sin issues and how merciful God had been with us.

In that moment we didn’t need to win our point, we needed to win a person. This man’s argument against us did not represent a fight to win, but a person to love. Yet we couldn’t do this without walking in brokenness.

Interestingly, in the course of the conversation we discovered this guy was an avid Chicago Cubs fan. Prompted by the Lord, we told him we wanted to get two front row tickets for him and a friend to a Cubs game at Wrigley Field.

And a few days later his response was nothing short of miraculous!

Now, you’ll have to wait until the book comes out to read the end of the story 🙂

Watch the Bros talk more about “Bold and Broken” 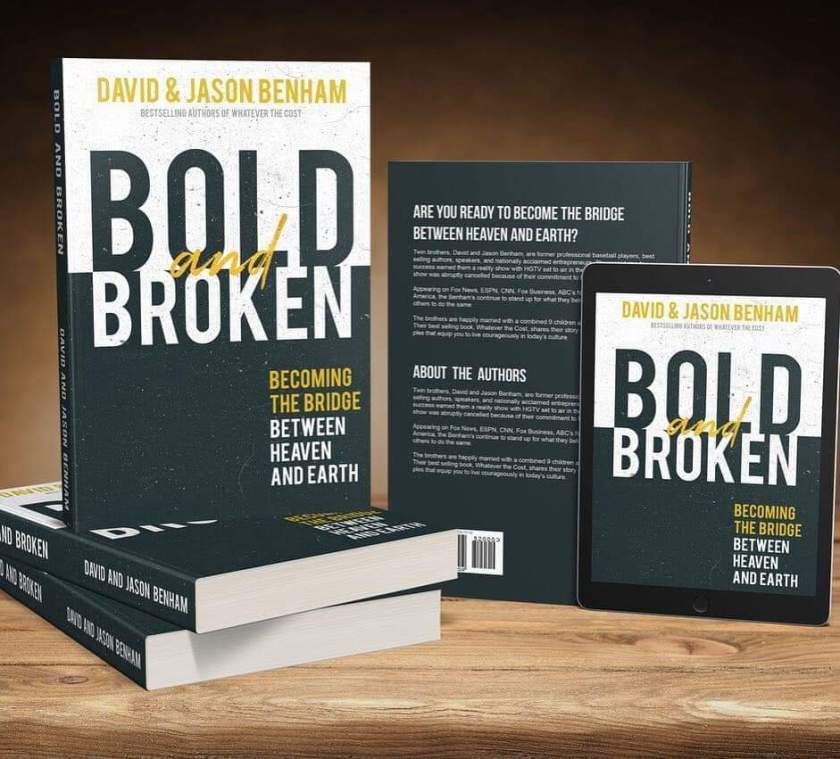