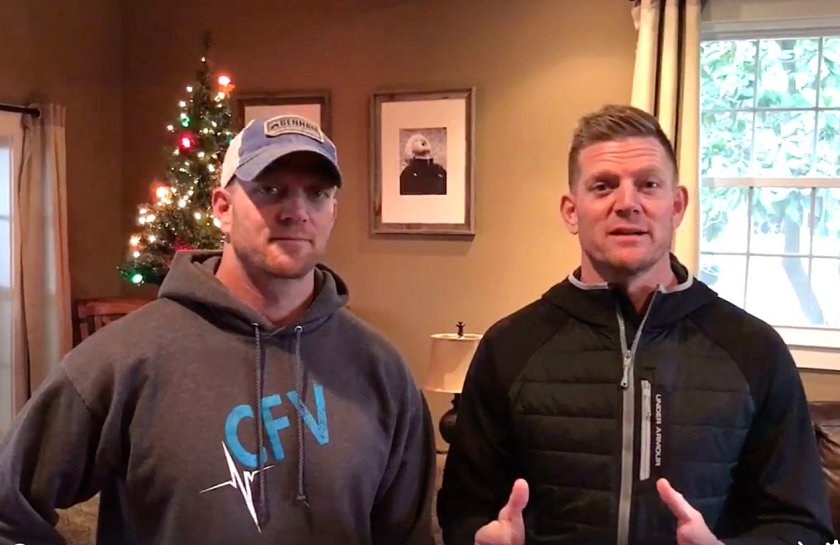 (Via BenhamBrothers.com) – What’s the root word of “Christmas”? Can you whisper it to yourself?

Now that you’ve said it, do you know why we celebrate this holiday?

Webster’s Dictionary says it’s the “festival commemorating the birth of … (wait for it) … Christ.”

Because Christ is the root word of Christmas.

Can you imagine commemorating your father’s birth with a huge birthday bash where some people who show up refuse to even acknowledge it’s your dad’s birthday … and yet they still walk away with loads of gifts?

But we have plenty folks like that in America today, those who not only refuse to acknowledge Christmas is the day we celebrate Christ’s birth, but some who now even twist our favorite stories that don’t even include the name of Christ.

This sounds like something our teenage daughters would say about their brothers. “You’re the worst!” Or what you say when there’s only one Christmas cookie left – now that is truly the worst.

But, according to the HuffPo video, everyone in Rudolph’s story is the worst, and Rudolph is now a marginalized reindeer because:

* Santa was a racist, homophobic [expletive] (still scratching our heads on that one)

* His dad was verbally abusive

* Donner was a chauvinist

*Clarice’s dad was a bigot

* The lead elf was an [expletive]

And the great lesson to be learned from the HuffPo version of Rudolph is that “deviation from the norm will be punished unless it is exploitable.”

The major problem here is that HuffPo refused to acknowledge their part in the whole story – the Abominable Snowman! Hahaha

This Bumble, though loud, intimidating and very angry, was really nothing to fear – because the only thing truly bothering him was a simple toothache. And thanks to Yukon Cornelius, the ol’ Bumble got fixed right up and became part of the solution instead of part of the problem. (We imagine at some point this could be HuffPo’s story too.)

It’s true Santa was rude, Donner was mean, the coach was a bully, Clarice’s dad was an idiot, and the lead elf was a jerk – but it’s also true that Rudolph, when asked to guide Santa’s sleigh, rose above all the hate and served with a joyful heart.

He didn’t shout Santa down, hold a protest, take a knee or raise a hoof – he simply stepped up and helped out … when he was needed the most.

And that’s just it. The story of Rudolph is the essence of Christmas. It’s the story of someone willing to overlook the painful past and press on toward a peaceful future. It’s about a mess that became a masterpiece.

That is exactly what Christ did through His birth for all of us. He stepped into the messiness of our world and brought peace on earth, good will toward men.

As for Rudolph’s infamous nose, it became a beacon of light as he led Santa’s sleigh to bring gifts to all those who lay sleeping at night. This only points to the greatest gift that was given to us all that first Christmas night –

“The people walking in darkness have seen a great light; on those living in the land of deep darkness a light has dawned. … For to us a child is born, to us a son is given, and the government will be on his shoulders. And he will be called Wonderful Counselor, Mighty God, Everlasting Father, Prince of Peace.” (Isaiah 1:2,6)

And that will go down in history!