How quickly 3 years have flown by, and the LORD has far exceeded any expectations that I had when first creating Biblical Signs In The Headlines.

I thought that my website would simply serve as an alternative to the mainstream liberal news media, by presenting the global headlines through a Biblical point-of-view. But it has become so much more than that. Not only has this become a place that believers turn to for sound Biblical teaching, in a world full of confusion and false teachings, but it has become one of the last TRUE Conservative websites.

Many of the other well-known Right-Wing new sites have recently employed millennial writers who turn from old-fashioned traditional Conservatism, and who are for Gay Marriage and are even pro-choice. This is one of the only Christian Conservative websites you will find that holds the President and all Political Parties accountable to God’s Word.

I was long hated by some on the Right for being so critical of President Trump early on, but I have also given him credit where credit has been due. Other news outlets either praise him 24-7 or hate him with a passion. I, on the other hand, will always tell it like it is; regardless of however much blowback I receive from either side of the aisle.

Also, I’m thankful that Biblical Signs ITH has been blessed with a full year of articles contributed by my friends, the Benham Brothers. I’m praying for many more years of their contribution. The Bros and I agree on just about everything, and even thoughI read them all – I would post every one of their articles without reading them, because I know that they and I are 100% on the same page Biblically, socially, and politically.

It is an honor to have them be a constant presence on this website.

Finally, the reason why I entitled this Year’s Special “More Than Just A Website” is because the Lord finally inspired me to turn my 3 years of research and opinions into a BOOK! I’m sure most of you have heard about it, and hopefully read it by now. He put it on my heart this past Summer and I’m so pleased with how it turned out. His Holy Spirit was unquestionably behind every word of it.

If you haven’t got a copy yet of “THE SIGNS OF OUR TIMES,” you can grab the ebook or paperback on Amazon, Barnes and Noble, or at most online book stores.

If I had any complaints or disappointments, concerning the website, it would be the continued suppression by the social media giants. Just like last year, Facebook and Twitter are still doing everything in their power to silence – suppress – and block – my website and book. People like me are a huge threat to their desired transformation of America and the world.

Their liberal utopia can’t be attained as long as voices like mine remain. So, since they can’t shut me up… they attempt to shut me down. Don’t let them win friends! Whenever you can, be sure to share the articles you enjoy here, and spread the word about the book. Every one soul that we reach together is another cause for rejoicing in Heaven.

Let’s get as many up there with us, in the coming Rapture, as we possibly can! Biblical Signs In The Headlines, in just 3 years, has already reached over 1,125,000 souls. Let’s make it 2,000,000 by the 4th Anniversary! All things are possible with our God.

Now, as I have done in the past Anniversary Specials, I wanted to take a look back at some of the most popular articles of the past year. I will count down the Top 21 in this Special, along with the Top 21 of all-time. So let’s start with the TOP 21 Most Popular Articles of Year Three –

#18 – WE CAN’T “BAKE THE CAKE”: Why Christians Refuse To Participate In Gay Weddings

#17 – THE SIGNS OF OUR TIMES: 12 Biblical Reasons Why This Could Be The Generation of The Rapture

#16 – 3RD ANNUAL CHRISTMAS SPECIAL: “It’s All About Jesus” (Famous Believers Open Up About Their Faith In Christ)

#14 – BENHAM BROS: Christians In The Cross-hairs of A Dark Agenda

#13 – 50 MOST DANGEROUS COUNTRIES FOR CHRISTIANS: Over 200-Million Experience “High-Level” Persecution

#12 – THE HISTORY OF JERUSALEM: Israel’s Capital Is An Eternal God-Given Possession

#11 – THE FALL FEASTS OF THE LORD: What They Mean For Christians

#10 – ANOTHER RARE SIGN IN THE HEAVENS: Longest Blood Moon of The Century Rises Tonight

#8 – ONCE IN A BLUE SUPER BLOOD MOON: Rare Heavenly Event Has Not Occurred In Over 150 Years

#6 – HOLY FIRE: “Largest Wildfire In California’s History” May Be Long Overdue Judgment Upon The Godless State

#5 – ALLIED AGAINST ISRAEL: Is The Gog-Magog War At The Door?

#2 – HURRICANE MICHAEL: The Storm That I Have Long Warned About Has Arrived, And It Is Making History

And now, here are the Top 21 Most Popular Articles of ALL-TIME –

#21 – CHRISTMAS SPECIAL: An Interview With The Benham Brothers

#20 – THE HISTORY OF JERUSALEM: Israel’s Capital Is An Eternal God-Given Possession

#19 – HOLY FIRE: “Largest Wildfire In California’s History” May Be Long Overdue Judgment Upon The Godless State

#18 – ALLIED AGAINST ISRAEL: Is The Gog-Magog War At The Door?

#14 – SUPERMOON OF THE CENTURY: Largest Moon Since Israel’s Rebirth Rises Next Week

#13 – 3RD ANNUAL CHRISTMAS SPECIAL: “It’s All About Jesus” (Famous Believers Open Up About Their Faith In Christ)

#10 – HURRICANE MICHAEL: The Storm That I Have Long Warned About Has Arrived, And It Is Making History

#9 – THE MOST ANTI-ISRAEL PRESIDENT OF ALL-TIME

#8 – WILL GOD DIVIDE AMERICA?: Once-In-A-Century Total Solar Eclipse Could Be A Final Warning

#3 – THE DEATH OF A MUSLIM BOXER: The Trouble With Christian Celebrity Worship

#1 – MATTHEW 24 Is Knocking At The Door: Biblically-Named Hurricane Could Strike America

How many of these will remain in next year’s Countdown? That answer remains up to all of you and how much you share these previous popular articles! It is hard to believe that Biblical Signs In The Headlines is 3 years old. It feels like I just started the website yesterday. Time flies when you’re having fun! I have really enjoyed writing most of the articles for this website as well as the book.

Writing is a huge part of my life, and I hope that you all have enjoyed my work thus far. Thanks be to God for taking the website this far and for inspiring the book. As always, thanks to the Benham Bros for all you two have done and do. You are so #OSSUM. And thanks to all of you readers who have supported the website over the course of the past 3 years. You are all such a blessing. Here’s to many more Anniversaries!!! God bless you all. 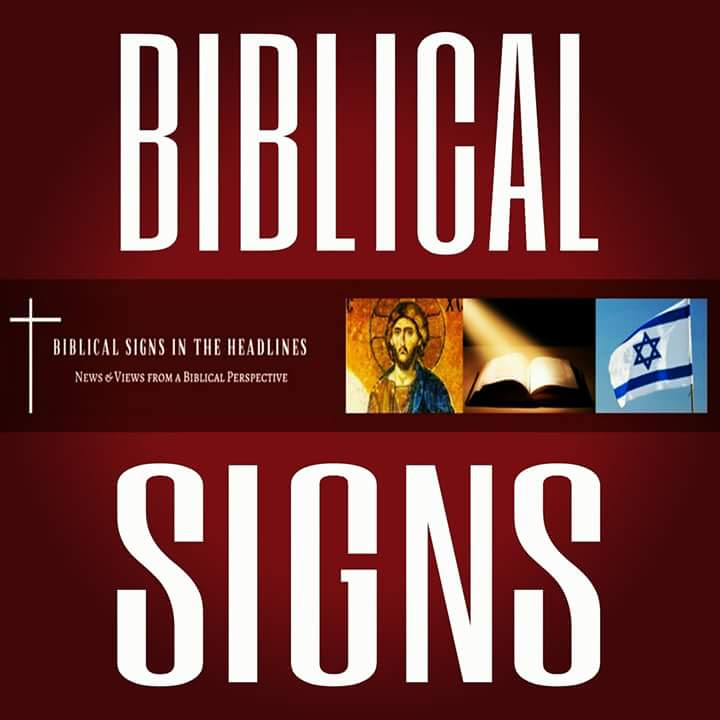 “I thank God always.. for the Grace of God which is given me by Jesus Christ; That in every thing I am enriched by Him, in all utterance, and in all knowledge.. waiting for the coming of our Lord Jesus Christ.” – 1st Corinthians 1:4-7 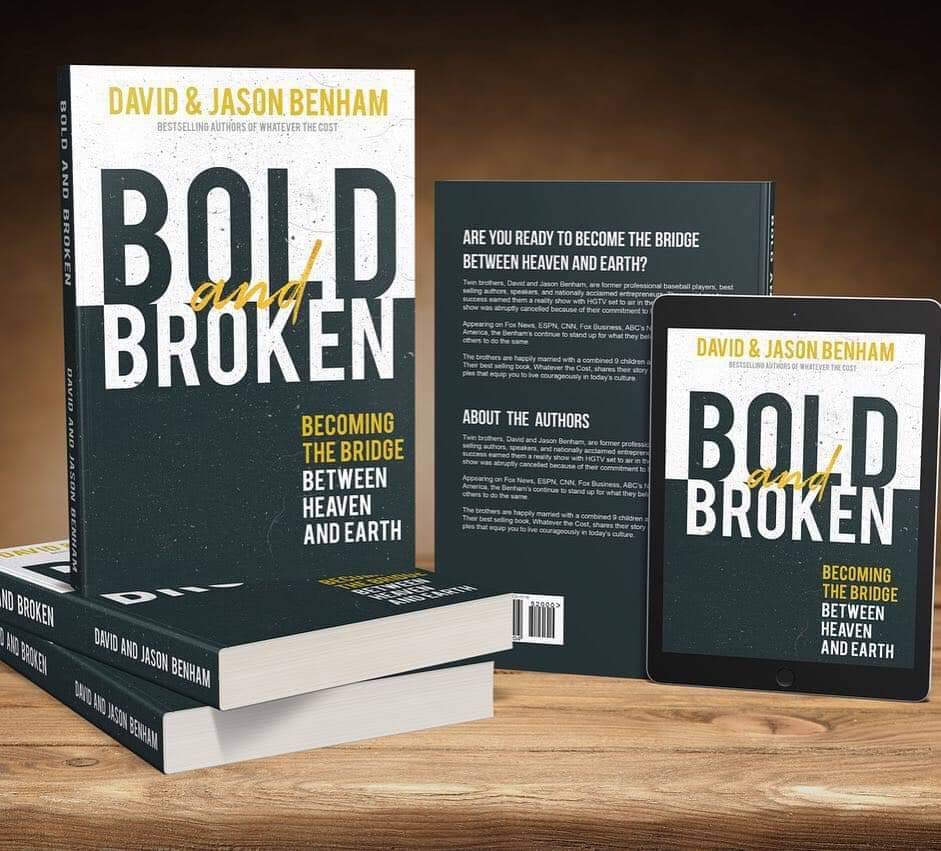 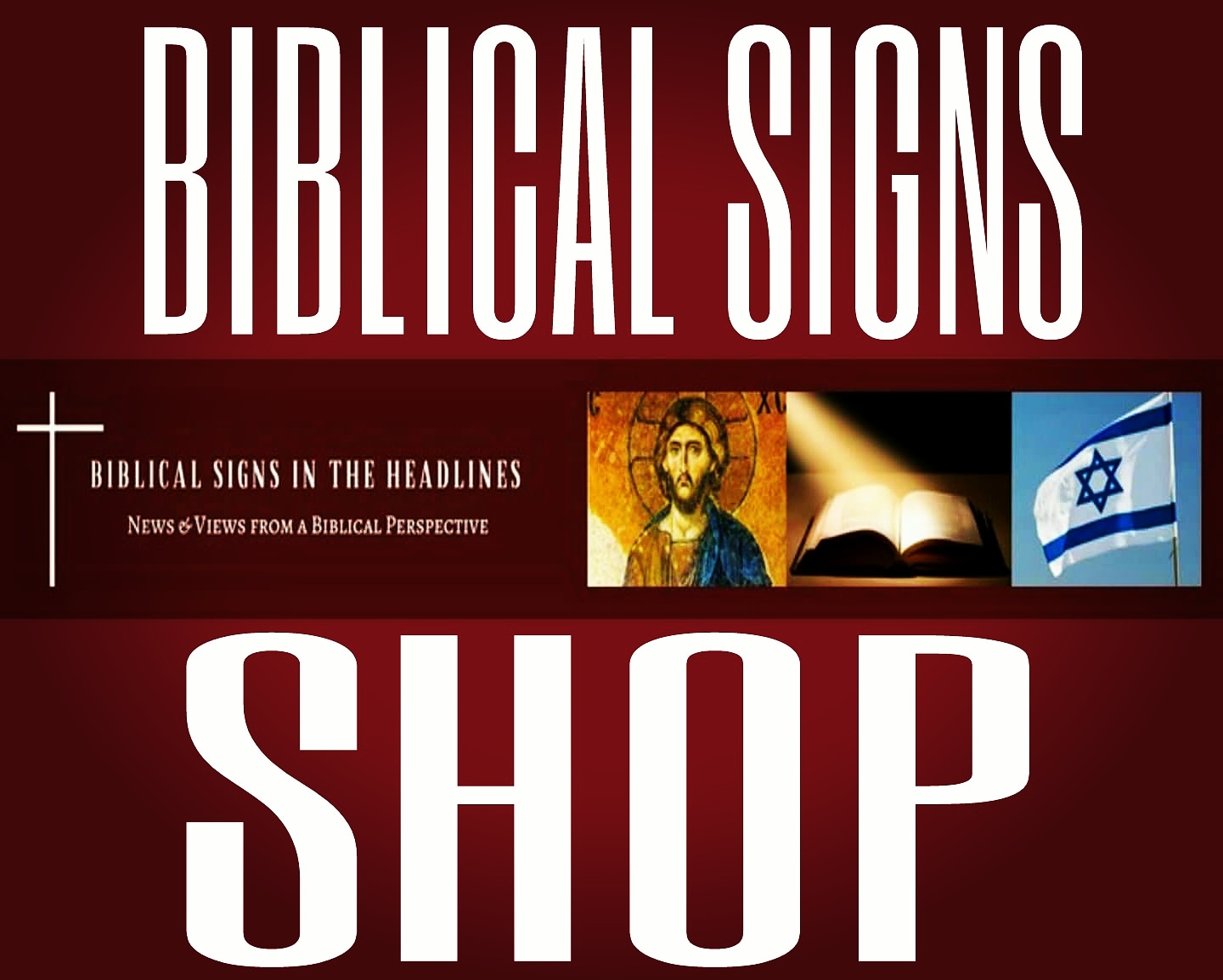