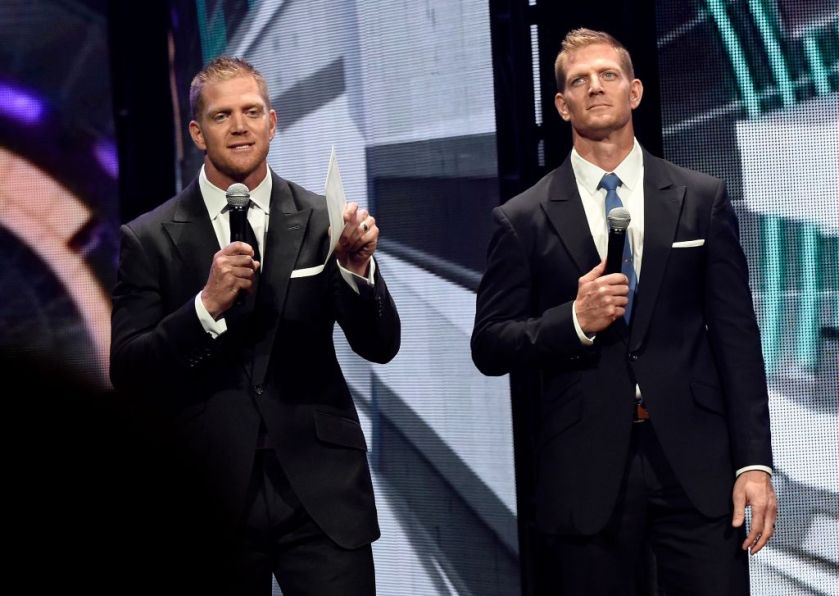 (Via WND.com) – Today in America, if you stand against the hard left’s new definitions of values and virtue, you will be insulted and falsely accused in the most aggressive way.

The attacks are relentless – accusing conservatives and Christians of being white supremacists, xenophobes, racists, bigots and haters. We’re supposedly now part of the “alt-right,” and the minute you speak biblical principles that stand against their agenda – “You’re one of them!”

Of course, nothing could be further from the truth; but, unfortunately, the horror of Charlottesville last year provided a spark that lit the fuse of a fomenting fire of false accusations.

But it’s OK – we’ve seen this before, in Scripture and with our dad when we were kids.

As for Scripture, Christ said, “Blessed are you when people insult you and persecute you, and falsely say all kinds of evil against you because of Me” (Matthew 5:11).

And King David – a man after God’s own heart – prayed on three separate occasions:

“Do not turn me over to the desire of my foes, for false witnesses rise up against me, spouting malicious accusations” (Psalm 27:12).

“All day long they distort my words; all their thoughts are against me for evil” (Psalm 56:5).

“May the arrogant be ashamed, for they subvert me with a lie; but I shall meditate on Your precepts” (Psalm 119:78).

So false accusations and distortions of reality to target defenders of truth are nothing new.

Our dad was targeted too when we were juniors in high school. Because of his national pro-life influence, he was hit with a malicious distortion of truth. Yet he stood firm, despised the shame and refused to back down.

Here’s part of his story:

On March 1, 1993, I was jailed for two counts of misdemeanor criminal trespass (laying down in front of abortion mill doors to be a voice for the unborn). Judge Gandy sentenced me to 90 days and a $1,250 fine for the first count, and 60 days in jail and a $1,500 fine for the second. Pretty stout stuff for misdemeanor trespass. He also laid down a $30,000 cash bond to keep me off the streets.

While in jail, I also had a massive lawsuit filed against me by one of the most prestigious lawyers in the Dallas, Windell Turley. He had made millions and was looking to help his friend, Norman Tompkins (a local abortionist), get me off of the streets for good.

This lawsuit meant that I would be transported daily from the Bill Decker County Jail to the courtroom downtown. Then, on March 10, 1993, Michael Griffin shot and killed abortionist David Gunn, which was the first documented murder of an abortionist in our country. The media went apoplectic, and now they had all the ammo they needed to depict me and other pro-life Christians as wild-eyed lunatics bent on blowing up clinics and shooting abortionists. There was absolute glee in the reportage that finally it could finally paint, with a broad brush, pro-life Christians as dangerous fanatics.

After the shooting, I remember all the media coming in with their satellite trucks, cameras and lights to film me walking into court, day after day, with my feet in chains, my hands cuffed, sporting my white jumpsuit with “DALLAS COUNTY JAIL” written in all caps on the back. Next to my footage were pictures of Michael Griffin being arrested. He also was wearing a white jumpsuit, hands cuffed and feet in shackles. The media had their straw man (Michael Griffin), and now they were painting me – and every other pro-life Christian – with the crime he committed.

Many times, the media would call me for an interview, and they would ask, “Are you the guy that believes in shooting abortionists?” When I would say, “Absolutely not,” they would then ask me if I had the information to get in touch with someone who did.

The media didn’t want the truth. They wanted the narrative. Griffin gave it to them – and off they went, lumping in faithful believers with faithless murderers.

I wrote a letter during my time in jail, encouraging Christians to stand strong in the face of such distorted lies:

Greetings in the name of our Lord Jesus Christ from the Bill Decker County Jail. The inmates here find it difficult to understand why rescuers are given such stiff sentences for Class B misdemeanors. I tell them that it is the price one pays for being a Christian in a society that is rebelling against God.

There are two events I want to share with you. The first is the tragic shooting of abortionist David Gunn by Michael Griffin. It is imperative for us know murder is never the solution – the ends do not justify the means in God’s kingdom. He is looking for us to walk with Him by faith; and, often times, He is more concerned with the means we use than the ends we achieve. When man does things his way rather than God’s, severe consequences are the result.

Jesus did not come with a Molotov cocktail in one hand and a dagger between His teeth. He came as a lamb led to slaughter to lay His life down for His friends – not take others’ lives. Michael Griffin was wrong.

The second event concerns a lawsuit filed by abortionist Norman Tompkins. This case presents a clear desire by the plaintiff to censor the Christian message and reduce Christianity to something that can be practiced only in the church and in the home. This is not only a direct violation of First Amendment rights but also a violation of Jesus’ command to His disciples to, “go into all the world and make disciples of all nations.”

Tompkins’ attorney has attempted to portray us as being ‘prone to violence.’ The media has been a more than willing partner in this endeavor.

But we must not allow their deceit to back us into the four walls of the church. To read the news or see it on TV one would almost believe that abortionists are the most peaceful people on earth – and we are, indeed, the violent ones. Yet they are the truly violent ones, tearing apart the most vulnerable among us.

Never stop speaking the truth in love. So let’s gird up our loins, strengthen our feeble arms and weak knees and proclaim the Gospel that brings life. We must despise the shame and run the race marked out for us. The wolf is in the sheepfold; expose him. The sheep are in the sheepfold; protect them. Those that have gone before us have run their lap of the race. It is our turn NOW.

Get the Bros’ best-selling book, “LIVING AMONG LIONS,” today 👇