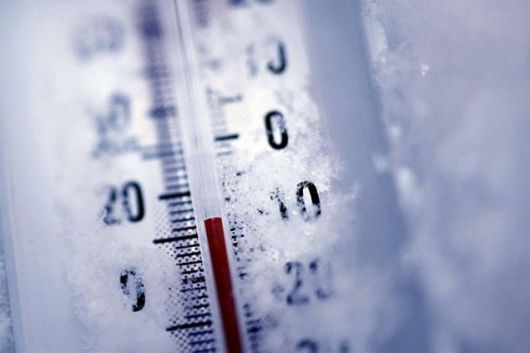 I’m a 37 year old man, and for 27 of those years I have lived in the State of Michigan. Personally, I believe this is THE coldest winter in my lifetime. It’s beyond freezing. It has been miserably cold, and I have been praying for the LORD to end this historic winter as soon as possible. It has been so bad that a day of 30 degree weather feels like Springtime. My belief of this being the coldest winter that I can remember has been proven true in my research.

In southern Michigan, including Detroit, only the winter of 2000-01 has been colder this CENTURY. That was 17 years ago. I was living in Florida during that winter. Having to endure this below-zero weather for months now, I get really aggravated when some Godless liberal from warm and sunny California says that this current deep freeze across the United States does not disprove the theory of “Global Warming”.

They need to experience the record-cold temps which myself and many Americans have been enduring, since last year, before anything that they have to say is given even a speck of credibility. These left-wing atheists who pride themselves in being “scientists” and “experts” mock Holy Bible believers for believing that God controls the weather. For instance, I found this statement by a liberal “scientist” blogger on Forbes – “What we are seeing right now in the United States is just… well… wait for it… WINTER. Even as climate warms, we will always have winter.”

Really? Their response to the coldest winter which the United States has experienced in decades is “It’s just Winter.” These condescending losers don’t want to admit that they have been wrong about the planet (as a whole) getting hotter, as the result of human actions, so they tell their doubters “We’ve always had cold winters!” NO. No not like what the United States is experiencing now we have not. In all my years on this earth I cannot remember a more bitter cold winter and such bone-chilling temperatures.

Honestly, this year, I have wished that the liberals were actually right about global warming, because Michigan could use a huge dose of it! I know that my State is not alone. Hundreds of millions of Americans across the Country have been suffering under record-low temperatures. Yet, CNN and others in the liberal mainstream media scoff at “climate change” deniers, and say that the record cold is only affecting the U.S., so it has “nothing to do” with the world getting “hotter”. They are actually wrong (which is nothing new). 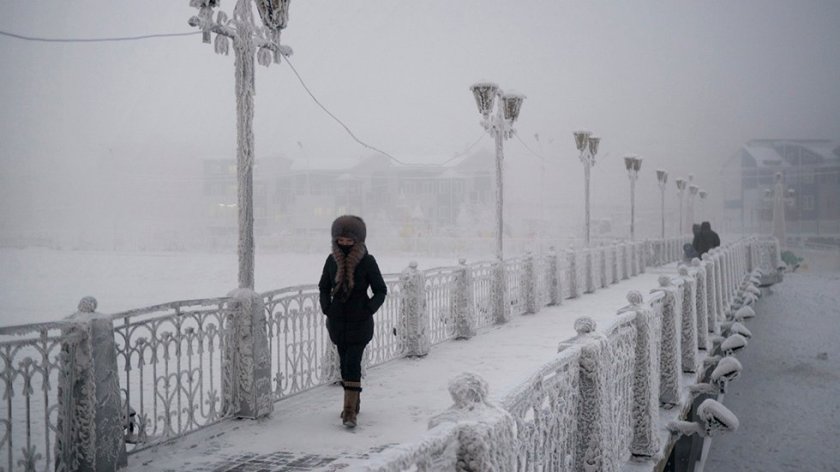 I found many new stories, in my research for this article, reporting on record cold temps in areas across the world this winter. South Korea, Russia, the U.K., and Bangladesh to name a few. So, it’s most certainly not just the United States, and is not confined to our continent. We all know how the liberals work though, if you keep repeating a lie then eventually people will have to believe it.

That is all “man-made” Climate Change or Global Warming is – A BIG FAT LIE propagated by men and women who don’t want to believe in God’s sovereignty over everything in the heavens and earth. The Holy Bible is crystal clear that He alone controls the weather. I explain all of the reasons why in my Climate Change article that I wrote last year. So, “man” has nothing to do with the weather whatsoever.

Whatsoever God wills the weather to be, it will be. That explains the rollercoaster of weather changes from extreme hot to extreme cold, and also the stronger earthquakes, hurricanes and natural disasters which have been prophesied in the Word of God. Also, I found in my research that some scientists are actually saying that the world is entering another Ice-Age.

Fact is, the worldly scientists have no clue what God has in store. For all of the “Climate Change” advocates who are trying to sell the lie to ignorant Americans that this winter is “just another winter”, and that there is “nothing to see here”, why don’t we examine the facts and reality on the ground? 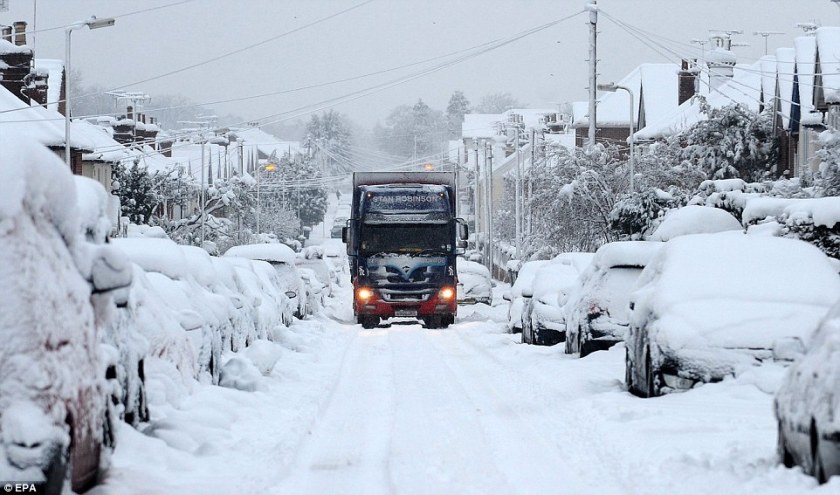 The New Year’s Eve ball drop in Times Square took place amid the coldest weather since about 1962. Over 50 years! The midnight temperature was around 10 degrees above zero, with a wind chill of minus 5 to minus 20 degrees below zero. Boston saw more than double the number of colder-than-average days in the first six weeks of winter (30), compared to warmer-than-average (14). Similarly, Detroit, Michigan’s colder days outnumbered warmer days 29 to 17, as did Houston, Texas, 28 to 15.

Only two winters in Buffalo, New York over the last 30 have been colder. They were 1989-90 and 1995-96. Arkansas recorded its coldest temperatures in 2 decades. There were some locations in the United States, with at least a 60-year period of record, that cracked their top-10 coldest first halves of winter. Biloxi, Mississippi set the record for its 7th-coldest in 110 years of records. Bangor, Maine tied its 10th-coldest in 82 years.

We also witnessed what was dubbed the “Deep Freeze in the Deep South” this winter. Temperatures dipped below zero in Texas. North Texas experienced its coldest temperatures in 2 decades, since 1989, according to the National Weather Service. New Orleans, Louisiana dropped to a temperature that hasn’t been recorded in nearly 2 decades (since 1989). 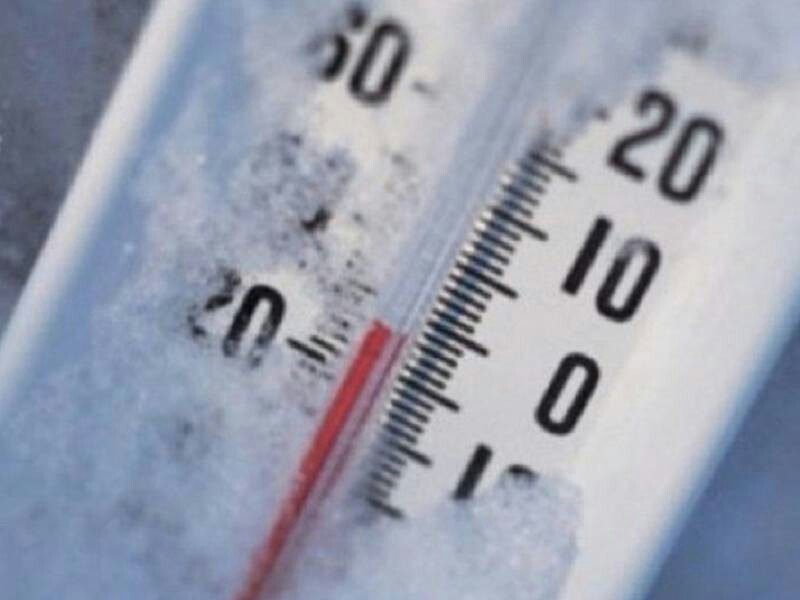 This winter, temperatures plummeted to some of the lowest ever recorded in the New Orleans metro area. A record low of 20 degrees was set at Louis Armstrong New Orleans International Airport, breaking the previous record of 23 degrees set in 1977. A 15-degree reading at Slidell’s airport was the coldest-ever since recording began, according to the National Weather Service.

Temperatures were so cold in the South that the 64-degree Gulf of Mexico was steaming. Meteorologists call it “sea smoke”. Sea smoke is common in the Northern United States, like on the Great Lakes, but is very rarely ever seen over the Gulf of Mexico. The record-breaking cold even extended into Florida, if you can believe that.

Tallahassee experienced the coldest first week of the year with an average temperature of 37.1 degrees, breaking the previous record. Jacksonville saw its 2nd coldest, and Orlando saw its 4th coldest on record. The City of Tampa tied the record for the lowest temperature ever recorded when temps dropped to a low 29 degrees.

Other record-breakers included Flint, Michigan, which set an all-time December record-low temperature of minus 18 degrees. This broke the previous all-time low record of minus 14, which was recorded the previous day. Buffalo and Watertown, New York, clinched their coldest final week for any year on record (December 25th-31st). Numerous record lows were set across the United States throughout December and January, and wind chills in the 50s below zero were recorded. 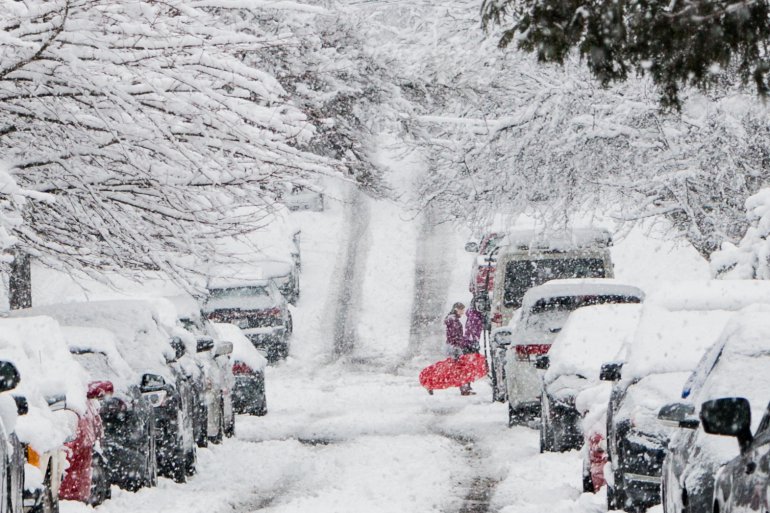 I pray that the Lord has mercy and removes this perilous arctic weather from off of the USA, and that all citizens of this nation would beseech forgiveness for their sins. I pray that Americans wake up and see that the liberal scientists who mock God, and who spend their lives trying to disprove Him, are really the ones whom we should be mocking. Why would any believer in God take the word of unbelieving men over the inerrant Word of their Creator? It baffles me.

I will forever believe The LORD’s Truth over the opinions of MEN. While we may never be able to “prove” to the skeptics that God exists scientifically, the skeptics can NEVER disprove Him scientifically either. While, on the other hand, the liberal God-haters who propagate Global Warming, Climate Change, Evolution, or the Big Bang theories are proven WRONG time and time again.

I for one am going to forever believe Him, because I believe He could make it much colder if He wanted to! Let’s all repent of our sins, and pray fervently that He doesn’t. If we don’t, then I fear that many Americans are going to have to personally answer the Psalmist’s question – “Who can withstand HIS COLD?” 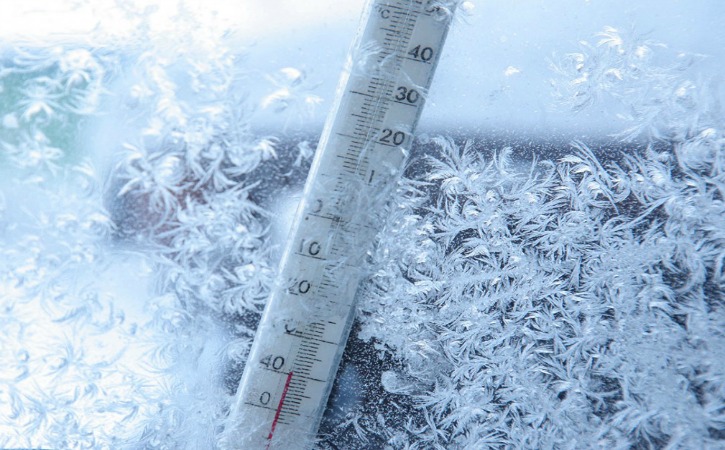 “They MOCKED the messengers OF GOD, and despised HIS Words, and misused His prophets, until the WRATH of The LORD arose against them, till there was NO REMEDY.” ~ 2nd Chronicles 36:16

“They do not say in their heart, Let us now FEAR the Lord our God, that GIVES rain, both the former and the latter, in His season.” ~ Jeremiah 5:24

“Behold, to morrow about this time I will CAUSE IT to rain a very grievous hail, such as hath not been in Egypt since the foundation thereof even until now.” ~ Exodus 9:18

“HE SAYS to the snow, Be you on the earth; likewise to the small rain, and to the great rain of His strength.” ~ Job 37:6