At sundown on October 2nd, the Jewish New Year 5777 will begin, and The LORD’s Biblical “High Holy Days” with it. We will close out the Biblical Jubilee Year (only coming around once every 50 years), which followed the Shemitah Year (coming once every 7 years). The fact that such a Biblically significant Year (5777) is following not just a Shemitah, but a Jubilee as well, has me very excited about what God has planned prophetically. 5777 will be the 50th Anniversary of Israel’s reunification with the Jewish State’s God-given Holy Capital of Jerusalem, but that’s not all! The number 777 represents our GOD, as well as His number of perfection and completion. There is also an accurate 800 year old Rabbinical Prophecy that predicts the Year 5777 will begin the Season of the Messiah’s Coming (in our case, His RETURN)! 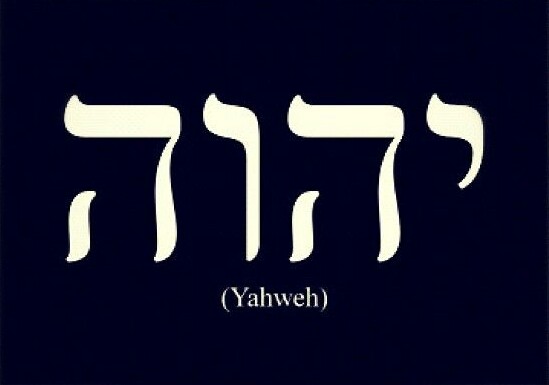 How cool is that?! Throughout the Holy Bible, we see the significance of the number 7 to God. It is, by far, used by The LORD more than any other number. For instance, God rested on the 7th Day and blessed it. The Shemitah Year comes every 7 years. The Jubilee Year comes after 7 Shemitahs’. In the Book of Revelation, the Judgments all come in 3 sets of 7: Seven Seals, Seven Trumpets, Seven Vials or 7-7-7 judgments. These are just a few of the many examples. This generation, which has already witnessed an abundance of “Last Days” Biblical signs, will only live through ONE Biblical Year which bears God’s Holy number, and that will be 5777. It begins in just a few weeks! What a season to be alive.

ALL of the signs which we’ve witnessed in the past few years, especially the signs in the heavens of the 4 Blood Moons falling directly ON Biblical Feast Days and IN the Super Shemitah and Jubilee Years, I believe signal Christ’s RETURN to rapture us before the 7-Year Tribulation. That is why seeing the Holy “777” in this coming Year, and a nearly 1,000 year old Prophecy of the Messiah’s Coming connected to it, I’m more watchful than ever before. Rabbi Judah Ben Samuel was a top Talmudic scholar in Germany. Just before he died, in the year 1217, he prophesied that the Ottoman Turks would rule over the Holy City of Jerusalem for 8 Jubilees. 8 x 50 = 400 years.

The Turks indeed took control of Jerusalem 300 years after his death, in 1517, and his prophecy came to pass, as the Ottoman Turks then lost Jerusalem in 1917. Exactly 400 years later! During WWI, British General Edmund Allenby walked into Jerusalem, on Hanukkah 1917, without firing a shot. The Rabbi went on to prophesy that after the 8 Jubilees, the 9th Jubilee would have Jerusalem being “a no-man’s-land”. The 9th Jubilee was from 1917 to 1967, and he was “right on” again with his prophecy. The Holy Land was placed under British Mandate in 1917 by the League of Nations and literally “belonged” to no nation.

Even after Israel’s war of Independence in 1948-49, Jerusalem was divided by a strip of land running right through the heart of the city, with Jordan controlling the Eastern part of the City and Israel controlling the Western part of the City. That strip of land was considered and called “no-man’s land” by both the Israelis and the Jordanians. The Rabbi then stated that in the 10th Jubilee “Jerusalem would be controlled by Israel”, which it has been ever since the Six Day War of 1967! His Prophecy continued, that “THEN” the Messianic end times will begin. The “THEN” refers to the end of the 10th Jubilee, and the beginning of the new, which would be 2017, or, the Year 5777! If this Rabbi was 100% accurate on everything else, we should take his Messiah Prophecy very seriously.

His timing would definitely fit perfectly with the current climate of the world Biblically. THE Messiah, Lord Jesus, gave His disciples a number of specific signs to look for, which would help believers to recognize when His Return is NEAR. Our generation is the FIRST in world history to see ALL of the signs which He gave, as well as all of the signs which the Old Testament Prophets gave of the “Last Days”, being FULFILLED. We are not currently looking for Christ’s Second Coming to earth, as that occurs only after the 7 Year Tribulation. We Christians are looking for the RAPTURE of the faithful, and all of the signs pointing to this momentous Event are already HERE. (For more information, read my article, “JESUS IS COMING: Signs Of Our Times”)

The official kickoff of the Year 5777 begins on the night of October 2nd, as our October 3rd is New Year’s Day on the Hebrew Calendar of Israel. The 2-Day Biblical Feast ends at sundown on October 4th. Biblical days run from sundown to sundown. The Feast is called Rosh Hashanah or Yom Teruah, the Feast of Trumpets. (Leviticus 23:23-25/Numbers 10:9-10, 29:1/Nehemiah 8:1-12) The shofar (trumpet) is traditionally blown each morning for the entire month of Elul, the month preceding Rosh Hashanah. The sound of the shofar is intended to awaken the listeners from their “slumbers” and alert them to coming judgment. Just over a week later, the second Feast Day of the Biblical “High Holy Days” will begin.

Yom Kippur, or the Day of Atonement, starts at sundown on October 11th and ends at sundown on the 12th. It is a day of repentance, fasting and prayer. (Leviticus 16:29-34, 23:26-32/Hebrews 9:11-14, 22:24, 10:1-25) Finally, the third and final Feast to ring in the New Year is Sukkot, or the Feast of Tabernacles, which is a week-long. It begins October 16th at sundown, and ends the 23rd at sundown. (Leviticus 23:33-44/Deuteronomy 16:13-15/Zechariah 14:16-19/John 7:2-52) The 8th Day, or the “Last Great Day”, is also observed until sundown on October 24th. The Feast of Tabernacles celebrates the dependence of the children of Israel on God Alone. It is also the Feast of “rejoicing” in The LORD’S Sheltering Presence and provision. Nearly the entire month of October will be a Holy Season in our God’s Eyes. I believe, like the Shemitah and Jubilee Years, that the entirety of the Year 5777 will be Holy and Prophetically significant.

So, will Christ come to rapture the faithful during the High Holy Days next month? He very well could. He could also come TONIGHT, or tomorrow, or a week before 5777 begins. My point is that He could come at any hour of any day. All of the signs pointing to the Rapture have been fulfilled. Still, I truly believe that with the number “777” involved, the coming Year is primed for something Biblically monumental to take place. Also, during 5777, Christmas and Hanukkah will fall on the same day for only the 5th time in 100 years! Very significant and very RARE. Now, unfortunately, there are many today who MOCK the idea of the Rapture and Christ’s Return, and this in itself is actually one of the signs ~

“Knowing this first, that there shall come in the last days SCOFFERS, walking after their own lusts, And saying, WHERE is the promise of HIS COMING? for since the fathers fell asleep, ALL things continue as they WERE from the beginning of the creation.” ~ 2nd Peter 3:3-4

These scoffers are willfully ignorant of the Biblical signs all around them, and whether due to fear or by living sinful lives, they do not want to see Christ return. They are of the crowd in the Church who love to quote the verse from the Book of Matthew (24:36) where Jesus says, “of that DAY and HOUR knows no man, no, not even the angels of Heaven, but My Father only.” They use this verse as an excuse to not look for or acknowledge the signs. This is dangerous for a Christian to do. As Jesus said, that we would not know the “Day or Hour”, but that we WOULD KNOW the Season. Back up just a few verses in the same Chapter of Matthew, verse 33, when Jesus says, “When you shall SEE all these things (SIGNS), know that I AM NEAR, even at the doors.”

He also commands us in Matthew (24:44-46) to be READY and alert for His imminent Return. He said, “Be you READY: for in such an hour as you think not I WILL COME. Who then is a FAITHFUL and wise servant, whom his Lord has made ruler over His household, to give them meat (teaching on His Return) in DUE SEASON? Blessed is that servant, whom his Lord when He comes shall find so DOING.” The Day and Hour argument of many Christians today (who are most likely NOT Christians at all, if they do not desire The Lord to come in their lifetime) is going to be the reason that many so-called “believers” will be LEFT BEHIND. If you’re not anxiously awaiting, anticipating or expecting the Rapture of the faithful, then WHY would The Lord take you up IN IT?! If you’re too comfortable in this wicked world and don’t want to leave it, then assuredly, you most likely will NOT.

Whether it’s the Rapture, a Biblical War, a historic disaster, or another Biblical Prophecy fulfilled, all I know is that something BIG is coming in 5777. And I truly believe that the “something” is a SOMEONE. Marana tha Yeshua!

“JESUS said, When THESE things begin to come to pass, then LOOK UP, and lift up your heads; for your redemption draws NEAR.. So likewise you, when you see THESE things come to pass, KNOW you that the Kingdom of God is NEAR at hand.” ~ Luke 21:28 & 31

“JESUS said, When you shall see ALL these things, KNOW that MY Return is NEAR, even AT the doors. TRULY I say unto you, the generation (to see all THESE things) shall NOT pass, till ALL these things be FULFILLED.” ~ Matthew 24/Mark 13/Luke 21

“Behold, I show you a mystery; We shall not all sleep (die), but we shall all be changed, In a moment, in the TWINKLING OF AN EYE, at the last trump: for the trumpet shall sound, and the dead shall be RAISED incorruptible, and we (which are alive) shall be CHANGED.” ~ 1st Corinthians 15:51-52

“JESUS said, Because you have kept the word of My patience, I also will keep you from (OUT OF) the hour of temptation (testing), which shall come upon ALL the world, to test them that dwell upon the earth.” ~ Revelation 3:10