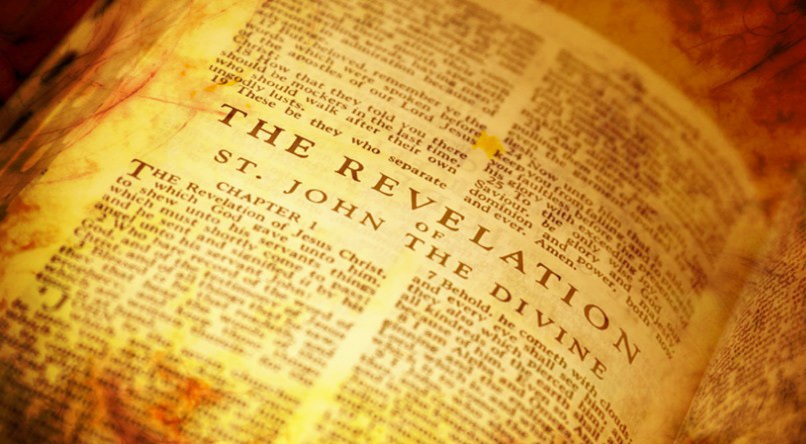 “And I saw another sign in heaven, great and marvellous, seven angels having the seven last plagues; for in them is filled up the wrath of God.” – Revelation 15:1

In this week’s installment of my 14-week series on the Book of Revelation, we arrive at the culmination of God’s judgments upon a world that has widely rejected Him and that shows no signs of repentance. The seventh trumpet will be blown, and that results in seven vials (bowls) of seven plagues that will torment the population of the earth that has chosen to make Antichrist their king and god.

This study, as with every study in this series, is a preview from my book on Revelation, THE COMING SIGNS OF OUR TIMES: A GUIDE FOR THOSE WHO ARE LEFT BEHIND IN THE GENERATION OF TRIBULATION. I’ll fill you in at the close of this article about where you can get it. Today, I’m going to share a few pages from the book covering three of the seven vials…

The sounding of the seventh angel’s trumpet heralds the unleashing of the third and final woe judgment of God upon the earth. This woe will consist of yet another set of seven judgments known as the seven vials (or seven bowls), and they contain seven plagues that will be poured out upon Antichrist’s kingdom. I have always said that God’s number is 777, and it is hard to argue this when reading Revelation. In it, we read of 7 churches – 7 Spirits (lamps) – 7 candlesticks – 7 stars – 7 angels – 7-year Tribulation – 7 seals – 7 horns – 7 eyes – 7 heads (kings) – 7 crowns – 7 trumpets – 7 thunders – 7 vials – 7 plagues – and 7 mountains.

These are the major sets of seven in the Book, but I have also discovered other instances where things are done in multiples of seven throughout it. Upon diligent and thorough study, you’ll find that the number 7 is used nearly 900 times in the Holy Bible. Two of the final groups of seven found within God’s Word (vials and plagues) are the culmination of His wrath that is poured out upon a world that has long rejected Him and His Son.

The people who receive the absolute worst of that wrath have refused every chance given to repent, and are more than deserving of what will befall them. These immoral people don’t even repent after they fall victim to the coming judgments! Instead, they curse and blaspheme the LORD. So, it is not that they disbelieve. They acknowledge God exists, but want absolutely nothing to do with Him or His holy ways and laws. Let’s examine what the coming seven vials of seven plagues will be…

“And I heard a great voice out of the temple saying to the seven angels, Go your ways, and pour out the vials of the wrath of God upon the earth. And the first went, and poured out his vial upon the earth; and there fell a noisome and grievous sore upon the men which had the mark of the beast, and upon them which worshipped his image.” – Revelation 16:1-2

For those that have been left behind, and who have come to faith in Christ Jesus as Lord, understand and take heart in the fact that none of these coming judgments will touch you. Not one! These plagues of God will be directed toward the unrepentant – all those “which had the mark of the beast” and “them which worshipped his image.” As I mentioned at the start of this chapter, these bowls of wrath are poured out specifically on Antichrist’s kingdom and upon all those that have pledged allegiance to him.

The first vial being poured out brings painful sores upon them that had taken the Mark of the Beast upon their body. Since these sores are brought upon men by God, they will be incurable. There is no modern medicine or treatment that will be able to heal them. Once you have them, you’ll be stuck with them for the remainder of the Tribulation. Imagine having a pain that even morphine will not numb! Agonizing screams will be heard across every street in the world. It will sound like Hell come to Earth.

In my last book, I wrote about how YHWH protects believers from His plagues and judgments in the same way He’d protected the Israelites when His plagues fell upon Pharaoh’s kingdom. So, if you are one of the left behind who’ve become a Christian, God will keep the plagues from your body and your home. He will, in essence, pass over you. Just as the blood of a lamb on doorposts of the Jews in Egypt kept the plagues away from them, the Blood of the Lamb of God will keep every coming plague away from you! For the Lord knows those that are His (2nd Timothy 2:19).

“And the second angel poured out his vial upon the sea; and it became as the blood of a dead man: and every living soul died in the sea.” – Revelation 16:3

At first glance, this plague appears to be a repeat of the judgment from Revelation 8:8-9. It is not. In that second trumpet judgment, only ⅓ part of the sea had become blood and only ⅓ part of the creatures in the sea had died. In this vial judgment, the entire sea will become as blood and every living thing in the sea dies. The trumpets were a taste of God’s indignation, and served as warning shots to the inhabitants of Earth. The vials being poured out now are the total manifestation of God’s wrath.

“And the third angel poured out his vial upon the rivers and fountains of waters; and they became blood. And I heard the angel of the waters say, Thou art righteous, O Lord, which art, and wast, and shalt be, because thou hast judged thus. For they have shed the blood of saints and prophets, and thou hast given them blood to drink; for they are worthy.” – Revelation 16:4-6

Like the previous vial, this is similar to Revelation 8:10-11. But, this time, all of the rivers and fountains of waters upon the earth are poisoned and become blood – as opposed to only ⅓ of them in the third trumpet judgment. This plague is an act of vengeance for all persecuted and murdered believers (both Jews and Christians) throughout history. Anyone who remains on the earth at this time, bearing the Mark, is a living representative of every anti-Semite and antichrist who had ever walked the earth. They are now going to reap God’s judgment for the blood of His saints and prophets that was spilled from the beginning. Poetic justice indeed. They had shed the blood of those who feared the LORD, and now they have been given nothing but blood to drink.

While there was still a small amount of fresh drinking water left on the earth following the trumpet judgments, there will be no more from henceforth. Water is a necessity for any living being. Now, it is all gone. Imagine not being able to bathe anymore for the rest of your life. It’s literally becoming Hell on Earth for those who have rejected the God of gods.

That’ll do it for this week’s preview. To read about the other four vials and plagues, you can grab THE COMING SIGNS OF OUR TIMES on Amazon, Barnes and Noble, Booksamillion, Walmart, or at many other online book retailers worldwide.

In the next installment, I’ll be delving into “MYSTERY BABYLON THE GREAT.” Who is she? Where is she from? What will she do? What will be done to her? I answer all of these questions in what is the longest chapter of my book – 20 pages examining every verse about her. If you don’t want to wait another week to read about the mysterious harlot, then go grab the book today by clicking on the image below. Until next week, God bless y’all and God speed until our Lord comes back down. 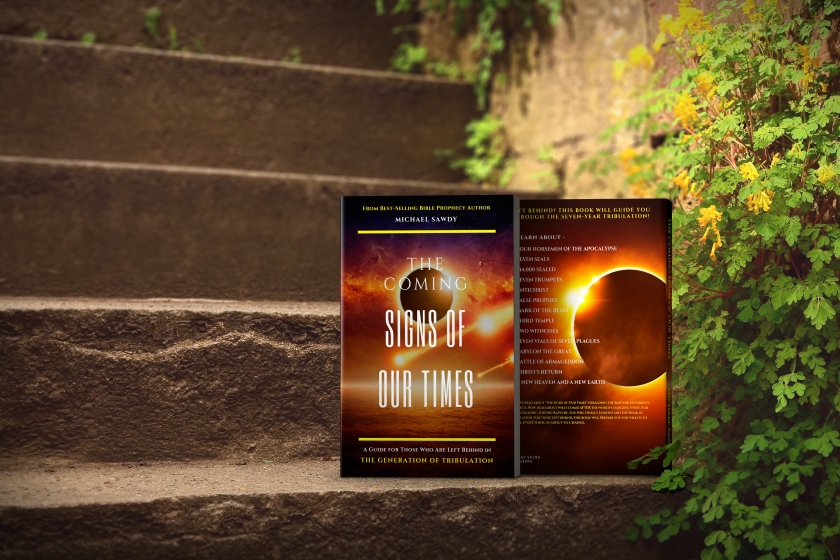 “And the fourth angel poured out his vial upon the sun; and power was given unto him to scorch men with fire. And men were scorched with great heat, and blasphemed the name of God, which hath power over these plagues: and they repented not to give him glory.” – Revelation 16:8-9