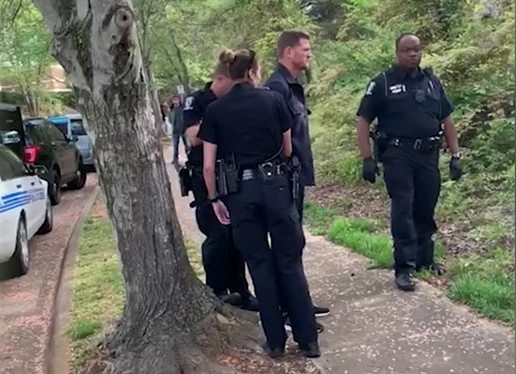 You are all familiar with the Benham Brothers, who have been contributors to this website for years. The eldest brother, David, was arrested on Saturday shortly after he arrived at an abortion center in Charlotte, North Carolina, to defend the constitutional right of his non-profit charity (Cities4Life) to be counseling outside of the clinic.

At least 6 other Christians were also arrested, including David’s dad, his son, and members of “Love Life” – another pro-life charity in Charlotte.

David said that he had “received a call from his sidewalk counselors on Saturday morning, saying that there were police outside Preferred Women’s Health Center” who were ordering them to leave.

When he had arrived, and was approached by the arresting officer, he told the officer that “We are an essential federally recognized non-profit charity that helps at-risk mothers and babies. We are within our rights to be here. We are practicing social distancing, and we have cleaned our hands. We are offering help to these mothers.”

While there is currently a statewide stay-at-home order in effect, ordered by North Carolina Governor Roy Cooper, there is an exception in the order which allows for “organizations that provide charitable and social services” to operate. Cities4Life is both a charity and a social service.

So, no crime there.

Not to mention, Cooper’s order also allows outdoor activities in the State, so long as they comply with the “Social Distancing” and “Mass Gathering” requirements.

David and his sidewalk counselors went above and beyond to comply.

Yet, 15 police officers showed up at the scene to threaten and ultimately arrest Benham, his father “Flip,” his son, and a handful of others. 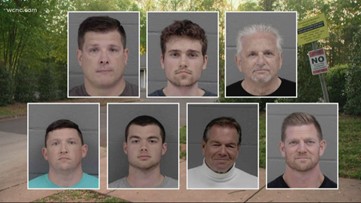 David also said that the police, clearly seen in the videos of the incident, were not keeping to the social-distancing guidelines.

The officers told David that his group was “non-essential.” He was then told that if they refused to leave, they would be arrested for violating the stay-at-home order.

Meanwhile, in Charlotte’s public parks, hundreds gathered over the weekend and no arrests were made.

“If you’re saying that we don’t have the right to be here, then go in the abortion clinic and make the arrests there,” David said.

The officer responded that he did not have the authority to enter the abortion center.

All the while, even as he was being handcuffed, David was respectful to the officers, and had even expressed his appreciation for their service.

“I appreciate that you’re serving. I appreciate everything that you do for us. But this is wrong, and you know it… You cannot tell us to leave. We are offering essential services to these mothers, and you know this.”

(1) Over 5k mothers helped in 10 years – some things are worth fighting for #ProLife pic.twitter.com/Gmps0e9LW5

(2) The sidewalk counselors stayed over 6’ apart and there were less than five of them. Yet this officer selectively enforced the law, even though Cities4Life had less than 10 people pic.twitter.com/dpBfgCSyQD

In an interview today with Todd Starnes of FOX News, Benham said that some of the officers were crying as they led him into the police car – because they knew that what they were doing was morally wrong.

Regardless of what the left-wing media outlets are reporting, Cities For Life is an essential service. The organization connects women who choose life with extensive spiritual and medical support, as well as housing services. C4L, and other pro-life organizations like Love Life, are offering an alternative to women who feel that abortion is the only option. That is undoubtedly essential.

Just hours after David was arrested, Texas Senator Ted Cruz tweeted support for his friend – along with a solid legal defense.

Cruz said, “My friend David Benham was unconstitutionally arrested today in NC for peacefully providing pregnancy counseling outside an abortion clinic… If NC deems abortion ‘essential,’ then pregnancy care services are as well. This is WRONG; Governor Cooper should be ashamed.”

He continued, “Have you ever seen an arrest like this? Peaceful. Respectful. Thanking the police officers. Elected Dems are abusing their power for political agenda & face civil liability under 42 USC 1983.” 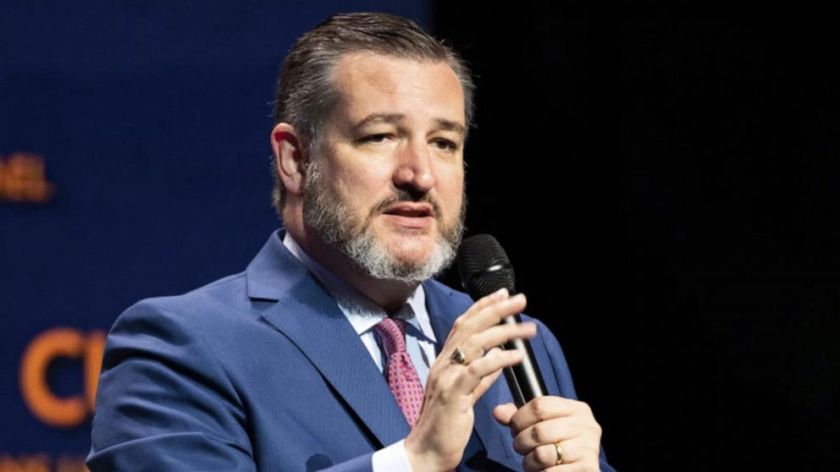 After he was released, David tweeted out that “My boys and I went to support the awesome sidewalk counselors who work with our non-profit, Cities for Life. We offer life-affirming services for at-risk mothers. It’s been an absolute privilege serving over 5,000 vulnerable mothers who felt abortion was their only choice!”

He went on to say, “We support taking every precaution during COVID-19. This is why we maintained our social distance and stayed under 10 in number. We were not belligerent… We simply stood our ground. MLK once said, ‘A man dies when he refuses to stand up for that which is right.’”

David told the Daily Wire, “This is selective enforcement of the law. You are coming after us because we’re standing in front of an abortion clinic… I am not going to let the government have unlimited power and use this crisis to their advantage.”

He obviously meant political advantage, because it is no secret that North Carolina’s Democrat Governor embraces a far-left Godless agenda for the State. He has advocated for laws that allow grown men “who identify as women” to use the same restrooms as little girls, as well as for sexually-explicit “gender identity” training for children in the state’s schools. It is also no secret that he is “pro-choice” in the abortion debate.

It’s clear that he, and the Democrat powers that be in NC, are targeting political and ideological adversaries through their stay-at-home law. Meanwhile, they deem abortion clinics and the murder of babies in their state absolutely “essential.” God forgive them.

The Charlotte-Mecklenburg Police Department released a statement that David and the others were arrested because of not dispersing from a “mass gathering of 50 people.” What a lie.

David said that he was told others had gathered after he was taken away in the police car to pray for him and to offer support. Though, at the time of his arrest, there were no more than 10 people in the area – not including police officers.

David tweeted this evening that the Police Dept. has received 1400 complaints for COVID19 violations, and has only made 8 arrests. And he noted that those 8 arrests were all of Pro-Life Christians. He has rightly described this biased targeting as “viewpoint discrimination.”

The police have not been the only ones spreading false information about the incident.

The lamestream media in North Carolina and across the nation did not miss their chance to attempt to dirty David’s name, or to spread false witness about his family and Cities4Life. Many news outlets referred to him as the leader of a band of “protestors” who were endangering others during the stay-at-home order.

How desperate are they to demonize Christians today? Even after David did everything by the book, when it relates to the state’s COVID-19 requirements, many in the media conveniently left those details out.

David and his brother, Jason, are no strangers to the hate and false-labeling of the far-left. They have long been on the front lines in the fight of good versus evil, right versus wrong, and the truth versus lies. When asked for a comment on this story, David said –

“It’s important for people to know that we love ALL our neighbors, born and unborn. The nation has asked us to change our behavior to preserve life, and we’re asking the Church to change their behavior to protect unborn life.”

AMEN. If you want to stand with David and Jason in their uncompromising fight to defend the unborn, you can donate to –

In case you were wondering where Jason Benham was during the arrest, he explained in a recent video. He said that somebody had to pay for David’s bail 😂

This is what I was doing while @DavidDBenham was getting thrown in the slammer 👇https://t.co/NWU2C6fAQM / https://t.co/SALB6rij9j
Somebody’s gotta work around here 👊 pic.twitter.com/wQceJvQHl5

KEEP FIGHTING THE GOOD FIGHT BENHAM BROS. I will forever stand with you.