Recent clashes between Israel and Palestine’s Hamas terror group have many Middle East experts believing that another war, like the battle of 2014, is on the horizon. In that war, Hamas fired over 4,000 rockets into the Jewish State. Just three weeks ago, the terror group launched nearly 200 into Israeli communities in ONE DAY. We could indeed be at the door of another war.

As I’ve highlighted in previous articles, this year’s clashes between Israel and the Gazan terror group began during the Biblical Holy Days of Passover and Good Friday. Islamists always love to attack Israel and Christians during our Biblical Feast Days. It was during Holy Week when Hamas terrorists in Palestine organized mass marches on Israel’s border with Gaza.

They told the western media that these were “peaceful” marches protesting the Nation of Israel, and US President Donald Trump’s recognition of Jerusalem as Israel’s Capital. Meanwhile, Hamas was telling the Palestinians in the Gaza Strip something completely different.

Hamas, and the leaders of Palestine’s PLO (Palestinian Liberation Organization) Party, were calling for the Palestinians to “storm the border fence of Israel” and to “REMOVE Israel”. Of course, if you have read any of my articles about this subject in the past, or my new book, then you would know that “remove Israel” is the muslim code for “remove the JEWS.”

So, anyone who was paying attention before the marches began knew full well that the protests would be anything BUT peaceful. The initial demonstrations drew tens of thousands of riotous Palestinians. As always, the worst and most violent residents of Gaza dominated the large crowds.

Hamas called the Palestinians to protest every Friday until May 15th, known as “Nakba Day” in Palestine, an annual day of violent uprising and terror attacks against the Nation of Israel. For six straight weeks, large groups of Palestinians stormed Israel’s border, rioted, threw large stones, bricks and axes, burned tires, and some brandished guns to fire on Israel’s military.

During one “protest”, Hamas’ leader, Ismail Haniyeh, arrived at the border of Gaza and Israel with a human shield in the form of a BABY. He was surrounded by other Hamas operatives and Gazans who were hurling molotov cocktails and rocks at the Israeli Defense Forces.

Throughout the violent marches, Israeli troops responded with live fire on Hamas terrorists brandishing guns and axes. The IDF also fired tear gas and rubber pellets to disperse the unruly civilian protesters. Many Israelis were living in fear that the Palestinians would become so emboldened as to flood over Israel’s fences and walls in numbers too great for the IDF to confront. 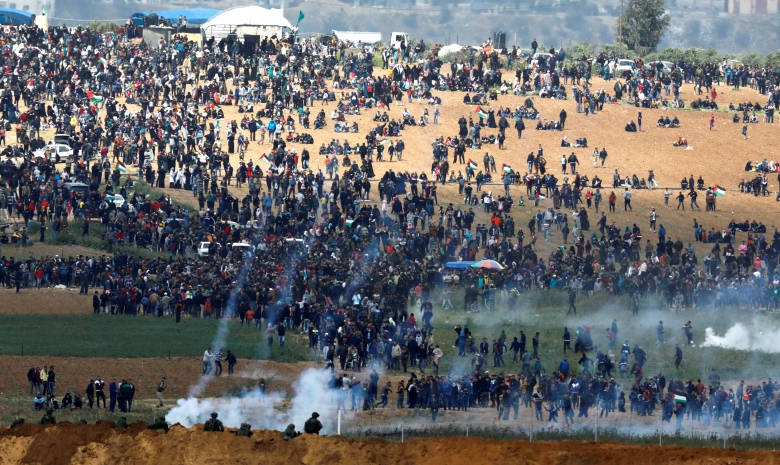 On May 14th and 15th, Hamas attempted to do just that. The days, coinciding with Israel’s 70th Anniversary of Rebirth and the opening of the US Embassy in Jerusalem, were what the terror group dubbed the “culmination” of the six weeks of violent marches on Israel’s border fence.

Since the marches began on March 30th, they reportedly drew up to 40,000 Palestinians in a single day, split between 5 locations on the Israeli border. Hamas’ leaders threatened to “unleash the mother of all marches” on May 14th, as they urged “hundreds of thousands” of Palestinians to rush the border fence in an effort to break through into the Jewish State.

During the May 14th marches, the Palestinians amassed in their five tent camps along the border, and rolled burning tires, threw grenades, molotov cocktails, pipe bombs, and large stones. They even flew kites with burning rags attached, hoping to set Israeli property on fire.

A young Palestinian was interviewed on NPR, and had a kite with nazi swastikas on it. He said he intended to set it on fire and fly it over the Israeli border, saying, “The Jews go crazy for Hitler when they see it. This is actually what we want them to know, that we want to BURN them”. Oh, how “peaceful” these Palestinians are.

Israel used tear gas and rubber bullets to dispense those attempting to infiltrate the border fence, but when the Palestinians rushed the border fence with wire cutters, and brandishing weapons, Israel’s military had to use live fire against the terrorist invaders. These are those who were “killed” in the so-called “protests”.

Israel had dropped leaflets down onto the Palestinian camps along the border, WARNING them not to approach the border fence, or else they would be treated as suspected terrorists and shot on sight. Some of the Palestinians did not heed Israel’s fair warning.

Israel shot the terrorists, and of course the lamestream media here in America only ran deceptive headlines like, “Israel kills Palestinians”. The anti-Israel media, of course, failed to mention that the Palestinian dead were terrorists. That key detail sure goes a long way in determining how your readers view Israel.

It’s so nauseating whenever I read the mainstream media’s headlines of Israeli-Palestinian clashes. The media is always one-sided, and clearly the propaganda arm of the Palestinian Authority and Hamas. Israel is always portrayed as “the bad guy”, and never the terrorists. 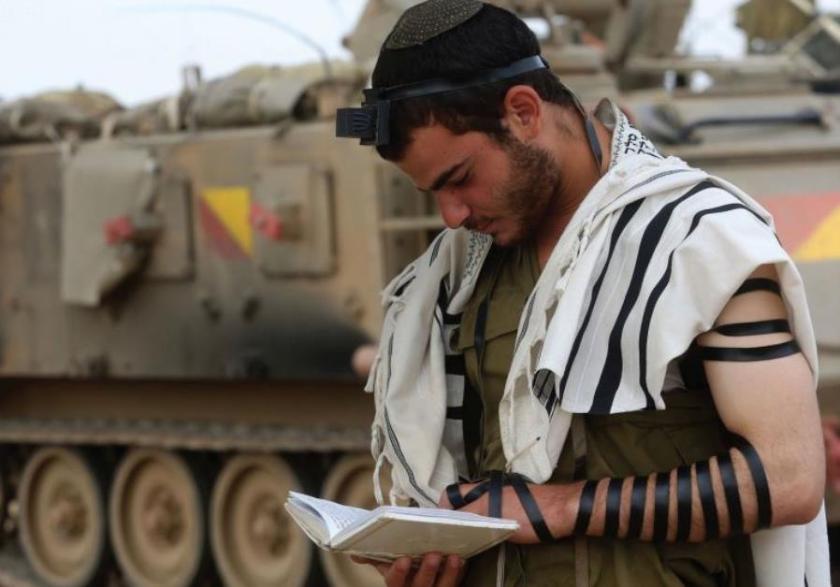 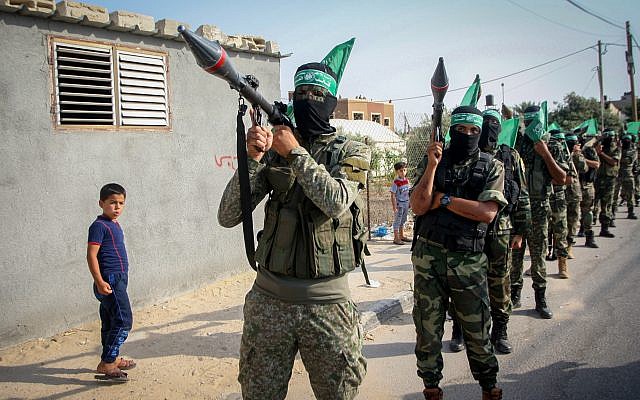 The liberal lamestream media totally fulfill the words of the prophet Isaiah in Chapter 5, verse 20, of our Holy Bibles. You’ll want to look that one up! It is the reason I started this website, three years ago, because I was sick and tired of the biased, immoral, and Godless news media.

Another huge part of the Israeli-Palestinian conflict this year, which the mainstream media has ignored, is the 100+ days of incendiary kites and balloons that have been launched into Israel from the Gaza Strip. The flaming kites and balloons began during the violent marches against Israel’s border fence on March 30th.

They continued, on a daily basis, until late July. Thousands of the kites burned over 7,000 acres of Israeli Land. Once again, proving just how little the Holy Land of God means to the muslims. They are willing to burn it to the ground before ever allowing the Jews to live in peace there.

Flash forward, from 2 months of violent marches and attempted besieging of Israel by the Palestinians, to the close of the month of May. On the 29th and 30th of the month, Hamas terrorists launched about 100 rockets into Israel. Seven Israelis were injured by the incoming fire.

One of the mortars had struck an Israeli kindergarten. Thank God that no children were there at the time. Within hours, Israel’s military responded with airstrikes on Hamas sites across Gaza. The IDF (Israeli Defense Forces) targeted the terror group’s training bases, as well as military bases of Palestine’s other terror group, Islamic Jihad.

About three weeks later, another round of rockets were fired into Israel from the Gaza Strip. On June 20th, nearly 50 rockets exploded in Israeli border communities. But the next round of rockets is what really escalated talks of another all-out war between Israel and Hamas in 2018.

In the biggest flare-up of clashes between the Jewish State and the Islamic terror group, since the 2014 war, Hamas had launched about 175 rockets into Southern Israel within a 24 hour period. The rockets rained down during the Israeli Sabbath on July 13th-14th.

In response, the IDF launched its largest bombing campaign against Hamas targets in Gaza since 2014. And, as usual, the anti-Israel media was so predictable. After 100+ rockets fell into Israel on Friday night, the media was absolutely SILENT. Not one article about Israel being under attack by the Palestinians. 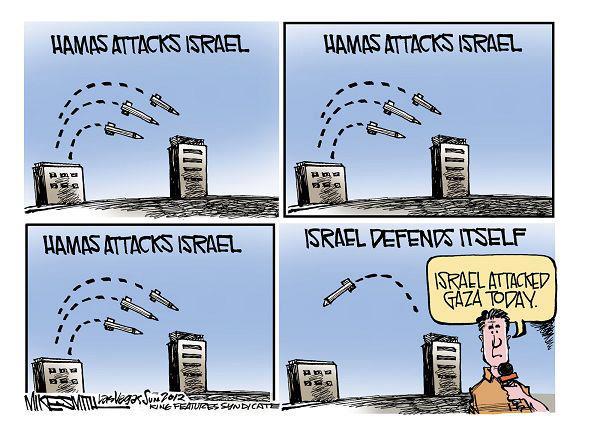 Yet, on Saturday afternoon, and right on cue, as soon as Israel launched its first strike in retaliation against Hamas in Gaza, the headlines poured in from every major news network – “Israel bombs Gaza”. There were virtually no explanations given to viewers or readers. No Hamas rockets were mentioned in the headlines.

It was just more of the same ol’ misleading headlines which demonized the victim (Israel) and victimized the demons (Palestinians/Hamas). Thusfar, in 2018, nearly 350 rockets have been fired into Israel by Hamas terrorists. But the lamestream media doesn’t think that is very important for you to know. It’s what Israel does AFTER the rockets that they want you to focus on.

If you are sick of the “fake news” and pro-Hamas propaganda being fed to you by the lamestream media, and desire the truth of what’s really going on between Israel and the Palestinians, then keep your eyes glued to this website. Only here will you ever find the truth, the whole truth, and nothing but the truth, so help me God.

8/8/18: Hamas launched at least 220 rockets into Israel from the Gaza Strip. Israel retaliated with targeted airstrikes on Hamas bases.

11/12/18: Hamas fired over 300 rockets from Gaza into southern Israel, in less than 5 hours, in the most intense flareup since 2014. At least 50 Israelis were hospitalized during the attacks.

Learn more about the Israeli-Palestinian conflict in my book 👇

“They have said, Come, and let us cut them off from being a Nation; that the Name of ISRAEL may be no more in remembrance.. they (Hamas/Palestinians) will be confounded and troubled forever; yea, they will be put to shame, and PERISH.” ~ Psalm 83

“Thus says The LORD, What have you to do with Me.. O coasts of PALESTINE? Will you render Me a recompence? And if you recompense Me, swiftly and speedily will I return your recompence upon your OWN head.” ~ Joel 3:4

“Thus saith The Lord GOD; Because the Philistines (PALESTINIANS) have dealt by revenge, and have taken vengeance with a despiteful heart, to destroy Israel for the old HATRED; Therefore thus saith The Lord GOD; Behold, I will stretch out My Hand upon the Philistines (Palestinians).. and destroy the remnant of the sea coast. And I will execute great vengeance upon them with furious rebukes; and they shall know that I Am The LORD, when I shall lay My Vengeance upon THEM.” ~ Ezekiel 25:15-17

“The remnant of the Philistines (Palestinians) shall PERISH, saith The LORD God.” ~ Amos 1:8