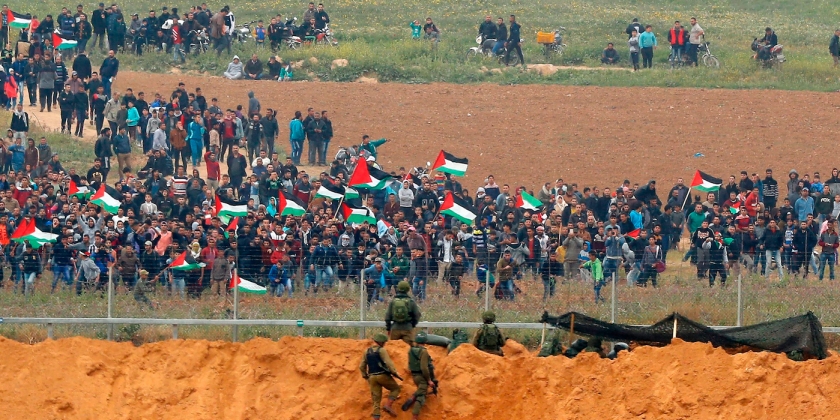 Once again, as is always the case when Israeli forces clash with the violent Palestinian Islamists in Gaza, the lamestream liberal media is demonizing Israel. If you don’t follow the conflict like most Holy Bible-believing Christians do, the narrative on CNN, MSNBC, BBC and many other mainstream news outlets would lead you to believe that Israel is the “bad guy”.

If you’ve read my past articles, detailing the facts on the ground, you know that nothing could be further from the truth. The secular media is currently portraying Israel as the “aggressor” against the “poor and defenseless” Gazans in Palestine, failing to report on how the current conflict even started.

Highlighting their disrespect for Jewish and Christian Holy Days, during Passover and Good Friday, the Hamas terror group in Palestine organized mass marches and protests on Israel’s border with Gaza. They tell the western media, like CNN, that these are “peaceful” marches protesting Donald Trump’s public recognition of Jerusalem as Israel’s Capital. CNN, and a majority of the mainstream media, have depicted the protests as such.

In Hamas’ Arabic language, the dialect by which they address the Palestinians, the terror group’s description of the marches are far from peaceful. Hamas told the Gazans that the protests declared “the beginning” of the CAPTURING “all of Palestine”, which to anyone outside of Palestine means “all of ISRAEL”. How can leading a violent surge to “capture” another nation’s land ever be viewed as “peaceful”. It cannot.

CNN and the rest know this. That is why the anti-Israel, pro-Islam media hide the Palestinians’ real reason for the protests, and run with the deceptive depiction dictated to them by Hamas. The spokesman for Palestinian President, Mahmoud Abbas, reiterated Hamas’ real reason for organizing the violent marches, saying, “The message of the Palestinian people is clear, the ‘occupation’ will be REMOVED”. 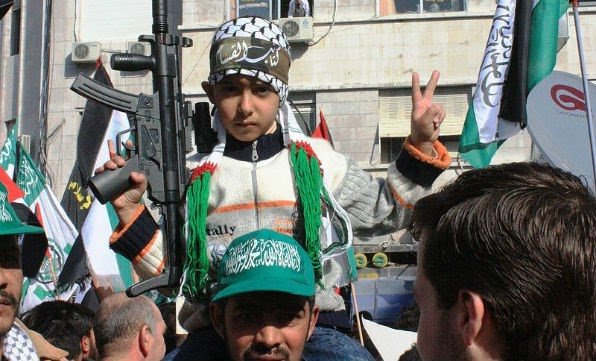 So, once again, while Hamas and the leaders of Palestine cry to international media about being “victims” of Israel during “peaceful protests”, at the same time they are calling for their people to “CAPTURE” and “REMOVE” Israel.

The demonstrations which began on Friday afternoon, ignited by Hamas’ hateful rhetoric against Israel, drew tens of thousands of Palestinians. As always, the worst and most violent residents of Gaza dominated the large crowds. Hamas has called the Palestinians to protest for over a month, desiring that the most violent attacks against Israel would culminate in the week of the US’s embassy move to Israel’s Capital of Jerusalem. That historic event will take place in the week of May 14th, on the 70th Anniversary of Israel’s rebirth as a nation.

On Friday, as the large groups of Palestinians stormed Israel’s border, rioting, rock-throwing, axe-throwing, burning tires, and even shooting attacks ensued against Israel’s soldiers at the security fence. During this provocation of Israel’s military, Hamas’ leader, Ismail Haniyeh, arrived at the border of Gaza and Israel with a human shield in the form of a BABY. He was surrounded by other Hamas operatives and Gazans who were hurling molotov cocktails and rocks at the Israel Defense Forces.

Omri Ceren, a director of Washington D.C.’s “Israel Project”, said that Hamas was planning to use the manufactured civilian protests as “cover for a massive military operation” that could launch another Israel-Hamas war. “Hamas is trying to trigger a Passover War and the U.N. seems eager to help them,” Ceren said. 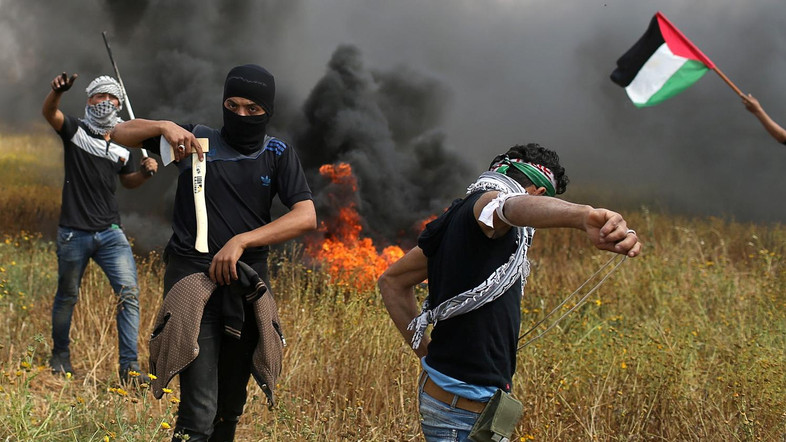 He added that, “Hamas is preparing thousands of civilians to rush Israel’s border, tear down the defensive fence, and provide cover as Hamas fighters flood into Israel.” So, while the media is portraying this event on Israel’s border as a “peaceful assembly” in protest of the nation of Israel, in reality it is a siege on Israel with the desired outcome being the “destruction” of the Jewish State.

During the violent protests, Israeli troops responded with live fire on Hamas terrorists brandishing guns and axes. The IDF also fired tear gas and rubber pellets to disperse the unruly civilian protesters. Many Israelis are living in fear that someday the Palestinians could become so emboldened that they flood over Israel’s fences and walls in numbers too great for the IDF to confront.

So, while you may hear the media reporting “15 Palestinians killed by Israeli forces” or “hundreds injured” during the protests thus far, what the average spectator fails to understand is these are not “innocent civilians” losing their lives. I have included images from the protests in this article, and you can see that Israeli forces are not killing innocent women and children.

Israel’s military, in defending its border from the potential breach by thousands of blood-hungry Palestinians, has indeed killed 15 Gazans. Of those 15, at least 10 belonged to Palestinian terror groups like Hamas, and the rest of the dead were young men threatening the lives of Israelis. Israel has confirmed that the deceased of the Palestinians have all been 18-30 year old men. CNN doesn’t tell you that. 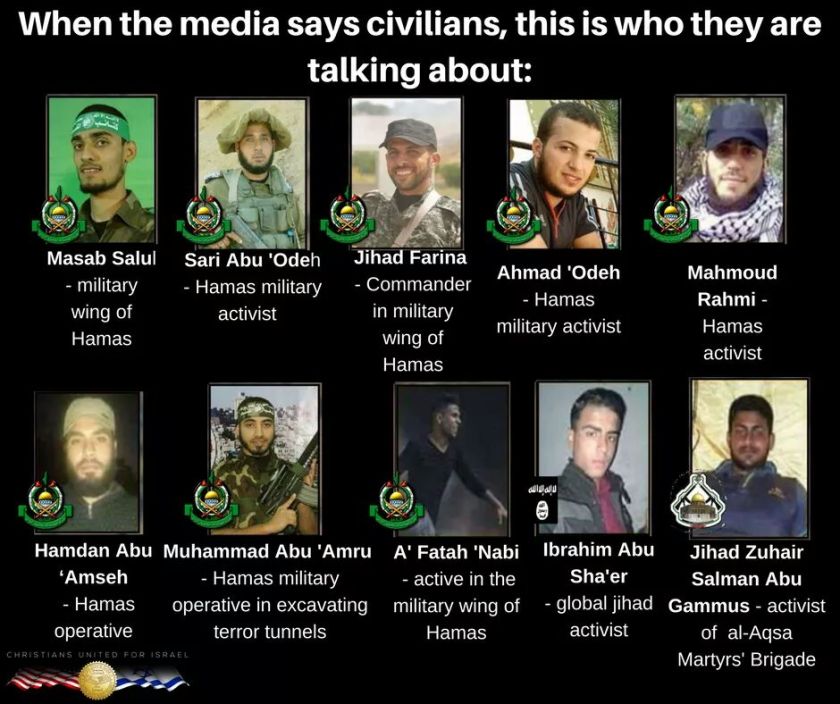 Their headlines, and the headlines of most of the other networks, read “Israeli forces kill Palestinian protesters”. You hear nothing of their terrorist ties, or the weapons the protesters were brandishing. Thanks be to God that a number of Israeli casualties were avoided late Friday, when an attempted terrorist attack at the border fence was thwarted.

Major General Eyal Zamir, head of the IDF’s Southern Command, said that his troops had identified “attempts to carry out terror attacks under the camouflage of the riots.” He condemned Hamas for “cynically exploiting women and children, sending them to the security fence and endangering their lives.” In one incident, of course not reported in American mainstream media, Hamas sent a 7-year-old girl to the Gaza security fence during deadly exchanges between the IDF and armed protesters.

According to the army, the young girl was spotted by soldiers as she approached the security fence. The Israeli troops met the girl as she reached the fence, picked her up, and made sure that she was out of harm’s way until she could get back to her parents safely. Isn’t it interesting that CNN seemed to miss that heartwarming story from Friday night.

It would ruin their “Israel is the bad guy” narrative. Hamas is more than willing to sacrifice Palestinian women and children in order to trigger negative PR against Israel in the media. Already, just two days after the clashes between Israel and the Palestinians, there is a lot of anti-Israel propaganda being floated by Palestinian activists on social media. So, be sure to share this article with your secular friends who are not familiar with the conflict. 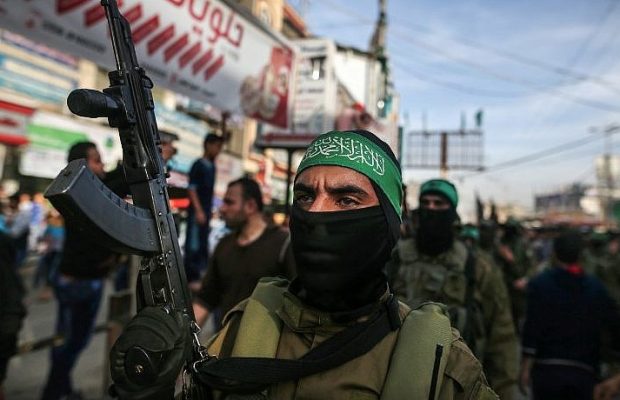 Otherwise, if your friends and family rely on CNN, MSNBC and the secular media, they will constantly see Israel portrayed as a “murderous” nation. While I, and most of you, know that it is the Palestinians who are THE murderous people. The best way to expose the lies and falsehoods of the Palestinians is to present the FACTS on the ground, which is what I always do my best to do. Also, I want everyone reading this, or anyone you know who is criticizing Israel, to ponder this…

Would you expect America to sit back and allow violent terrorists from Mexico to infiltrate our border in the name of “protest”? I don’t know anyone today would say yes to that question. So, why then is a tiny nation like Israel expected to sit back and hold their fire while Islamic terrorists storm their border?? Hamas targets the Holiest Christian and Jewish Sites of Israel, and the Israeli army exists to PROTECT God’s Holy Land.

Christians and Jews across the world should be praising and thanking Israel for fighting off Hamas and protecting our ancient sites; we should never be criticizing or demonizing the Jewish State. Their enemy, Hamas, is not some watered-down version of a barbaric Islamic terror group like ISIS. Hamas IS Isis and Isis IS Hamas. They are branches of the same poisonous tree. Israel is fighting the SAME satanic enemies in Gaza that America and the Europeans are fighting in Syria. 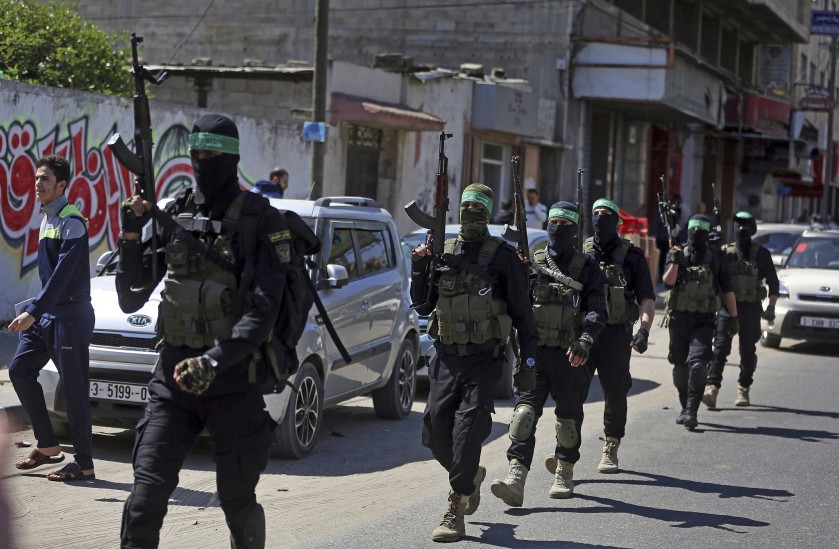 Hamas and Isis BOTH:

– Murder Christians and Jews in the name of THEIR god “Allah”

– Use civilians, even BABIES, as “human shields”

– Call for the destruction of Israel AND America

– Target and DESTROY Christian and Jewish Holy Sites, such as Churches, Synagogues and the Holiest City on earth, Israel’s Capital, JERUSALEM

– Desire an Islamic Caliphate, meaning Christianity and Judaism and all other faiths must be WIPED OUT until Islam is superior Globally

These are just SOME of the similarities between Hamas and Isis. They both live by and are inspired by the demonic Quran and their warmonger “prophet” Muhammed.

So if any of you support the destruction of ISIS, but DON’T support Israel destroying HAMAS, then you are a HYPOCRITE, and ignorant to the big picture. Next time you hear CNN or anyone else propagating that Hamas and the Palestinians which they rule are the “good guys”, and that Israel is the “bad guy”, you now know that nothing could be farther from the TRUTH.

Help me shut down the media’s lies about Israel by sharing this article far and wide. No matter how much the media’s false narrative about Israel shifts hearts of my fellow Americans, I will forever STAND WITH ISRAEL. Unapologetically. Unashamed. Proudly. Until I leave this earth. Because I stand with the GOOD GUY. 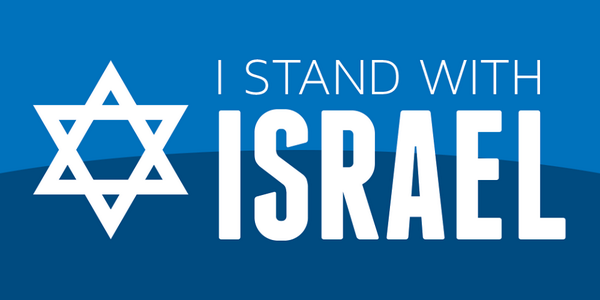 “They (Palestinians) have said, Come, and let us cut them (Jews) off from being a Nation; that the Name of ISRAEL may be NO MORE in remembrance.. they (Palestinians) will be CONFOUNDED and troubled FOREVER; yea, they will be put to shame, and PERISH.” ~ Psalm 83

“Thus says The LORD, What have you to do with ME.. O coasts of PALESTINE? Will you render Me a recompence? And if you recompense Me, SWIFTLY and speedily will I return YOUR recompence upon your OWN head.” ~ Joel 3:4

“Thus saith The Lord GOD; Because the Philistines (PALESTINIANS) have dealt by REVENGE, and have taken vengeance with a DESPITEFUL heart, to destroy Israel for the old HATRED; Therefore thus saith The Lord GOD; Behold, I will stretch out My Hand UPON the Philistines (Palestinians).. and DESTROY the remnant of the sea coast. And I will execute great VENGEANCE upon them with FURIOUS rebukes; and they shall KNOW that I Am The LORD, when I shall lay My Vengeance upon THEM.” ~ Ezekiel 25:15-17

“In that day shall the LORD defend the inhabitants of JERUSALEM; and he that is feeble among them at that day shall be as (King) David; and the house of David (ISRAEL) shall be as God, as the Angel of the LORD before them. And it shall come to pass in that day, that I will seek to DESTROY ALL the nations that come against Jerusalem, saith the LORD.” ~ Zechariah 12:8-9