On Easter Sunday, the Resurrection Day of our Lord Jesus Christ, NBC will be airing “Jesus Christ Superstar: Live In Concert”. The 1970 Rock Opera will get a modern makeover, featuring John Legend playing the Role of Jesus, a cast of over 30 musicians, and a live audience of more than 1,300 people. As a believer, I take great offense at how the Biblical story of our Lord’s life is being “repackaged” to appeal to the sinful secular world.

I would be overjoyed that NBC was airing a prime-time special devoted to Jesus, if I knew that it would stick to the truths of our Holy Bible, because many sinners would get saved through the Gospel message of God’s Love, Mercy, Grace, and Salvation. Sadly, the Live “Jesus” Opera that is being hyped up in the mainstream media won’t be saving anybody. It is obviously meant to entertain, and not evangelize.

There is so much about this upcoming event that I take issue with. As if the original “Jesus Christ Superstar” Musical wasn’t unBiblical enough, imagine how much more blasphemous the 2018 reboot will be in a generation so far departed from God. The 1970 version borrowed moments of Jesus’ life from the Gospels, but then basically REWROTE them all.

Jesus Christ Superstar makes Judas Iscariot, the Biblical villain, appear to be a “victim”. Lord Jesus, as one critic put it, is portrayed as a “burnt-out celebrity” Who is in over His head. Also, after the Crucifixion, there is no Resurrection. And that my friends is just the 70’s version. Being that liberal NBC is running the show, I expect the coming remake to be even more Biblically-inaccurate, and to make an ever bigger mockery of our Lord and His life.

I can already see that they are much less concerned about Biblical accuracy than even the original Musical was, being that they cast John Legend as Jesus Christ. For those of you unaware of who he is, Legend is a popular secular musician with left-wing political views. He is also African-American. Notice how I pointed out that he is “secular” and a “lefty” before I mentioned his race. 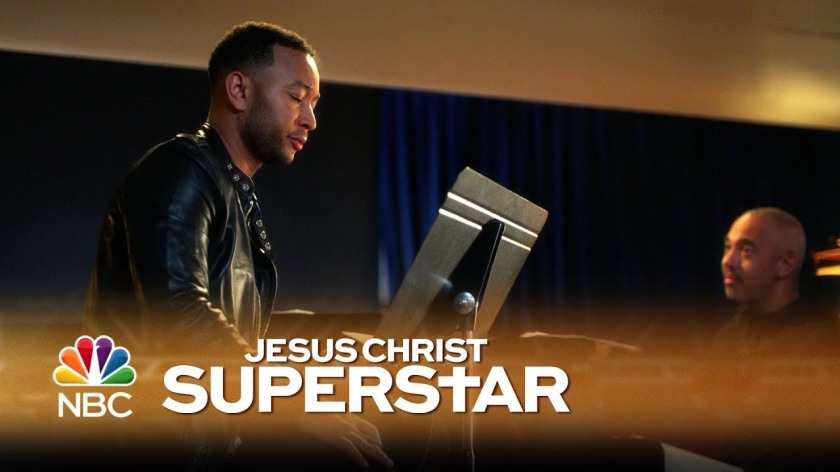 The reason I did so is because I expected to be accused of racism for opposing a black man playing the role of Jesus. Just as I did not oppose Barack Hussein Obama because of his race, but rather for his ideology, so too I oppose Legend in the same way. Although, if you want to be historically accurate, it may not be politically correct but it is Biblically correct to say that Jesus was not an African-American.

Now, before you black-power activists get too riled up, and before you white nationalists get too excited, Jesus was not a White European either. Jesus Christ was a Middle-Eastern JEW. So, he wasn’t as white as Billy Graham, but he also was not as black as Martin Luther King Jr. That statement may anger those who are obsessed with identity-politics, and may shatter some privately held beliefs, but it is the Biblical truth.

Christ was about as tan as a modern Israeli Jew residing in the Holy Land. Today, you’ll read many articles, and see many news stories in the secular media which will try to convince you otherwise. But the Holy Bible is clear about Who Jesus was and where He lived His life; plus a majority of the earliest depictions of our Lord all portray Him in the same way. He was a light-skinned Jewish man, with a beard and long brown hair.

So, don’t believe any of the trendy articles you read, nor images that you see on social media or television which propagate that Jesus looked any differently. The Holy Bible was written by Him and His Father in Heaven, through the Holy Spirit, so I think we can take HIM at His Word. If the earliest depictions of Moses and King David, Jesus’ Jewish ancestors, portray them as light-skinned men, then why would Jesus have darker skin than them? Doesn’t make much sense. 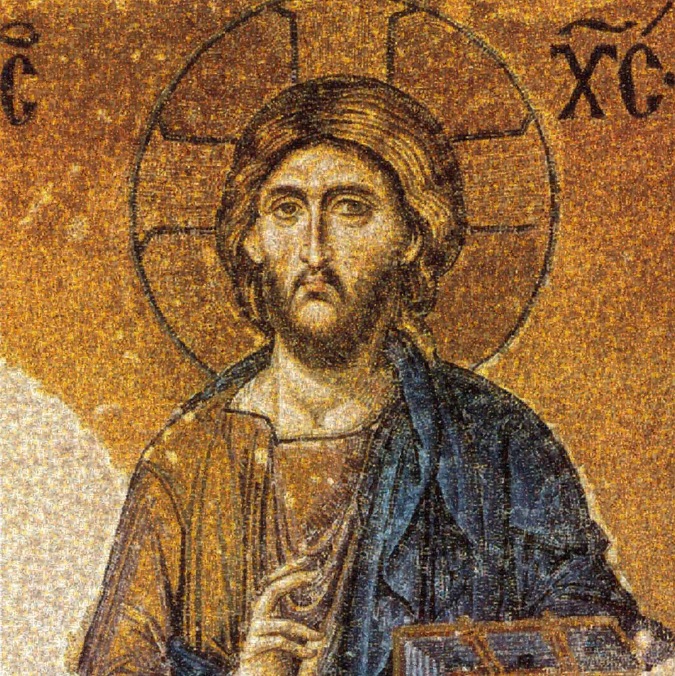 While these personal interpretations of Jesus are all well and good for someone’s personal relationship with the Saviour of the world, we cannot let personal bias trump historical fact. Which, again, teaches that He was a Jew, with light-skin, a beard, and long brown hair. Some Christians today even question whether he truly had the beard and long hair. If you know your Holy Bible, there should be no reason to question this.

The Word of God tells us that Jesus was a “Nazarite”, like Samson of the Old Testament. Under the Law of the Nazarite, He had to let the hair on his head grow long, as well as his beard (Numbers 6:5 & Judges 13:5). That is how He has always been depicted, and that is how He always should be depicted. Apparently, NBC doesn’t see it that way. They are attempting to “reinvent” the Jesus of the Holy Bible to give this Biblically-ignorant generation a more “modern” Messiah.

ENTER JOHN LEGEND – a short haired, baby-faced black man. They obviously missed the memos over the past 2,000 years about Christ being a long-haired, bearded Jew. 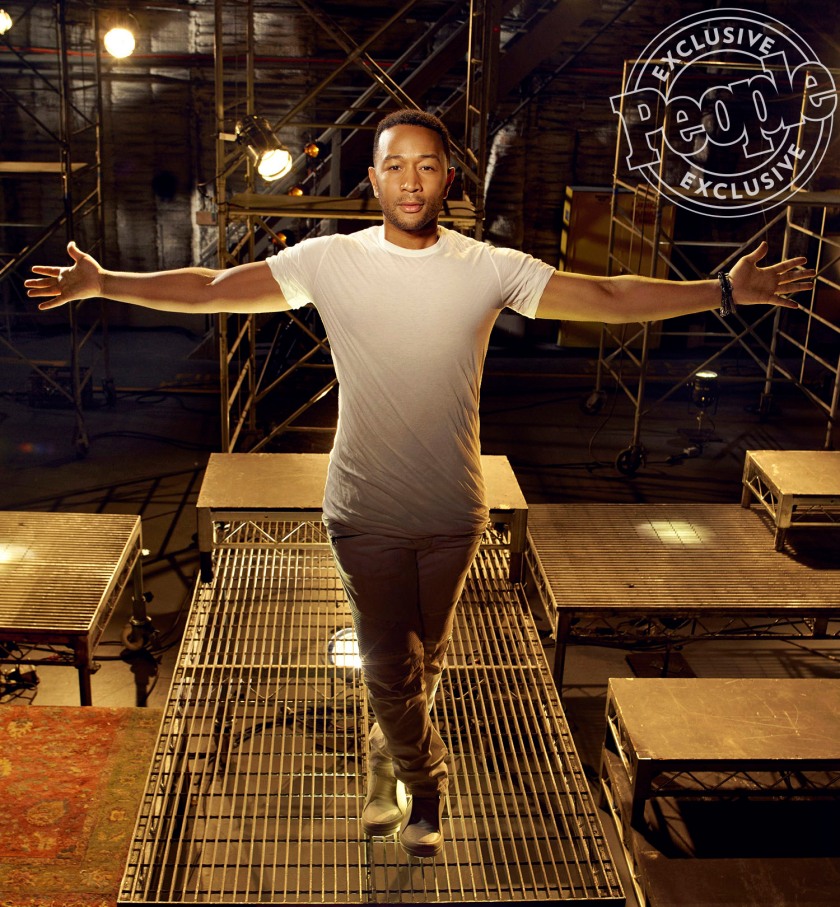 As always, the Biblically-hostile liberal powers-that-be in the media are attempting to reprogram the minds of Americans to believe the complete opposite of what God’s Word says. In a statement, NBC Entertainment chairman, Bob Greenblatt, said the casting of Legend as Jesus was “groundbreaking” because it differs from “the TRADITIONAL image of Christ”.

Apparently, they have issues with the traditional Jesus, the historical Jesus, the Biblical Jesus, the REAL JESUS; so they desire to “recreate Him” in an image more appealing to the secular world. Greenblatt said as much, when he said that John Legend is meant to present Jesus “in a NEW WAY”. Legend’s wife, Chrissy Teigen, sounded downright blasphemous when speaking of her husband playing Jesus.

On “The Tonight Show Starring Jimmy Fallon”, Teigen said of her husband, “He’s like a ‘hip’ Jesus”. So… the Creator of the Universe, the Saviour of our souls, the only man in history to bear the sins of the entire world upon Himself and die for us ALL… He’s not as “hip” as John Legend? Excuse me while I vomit. She went even further though, when she said, “Jesus is hot! He looks good!” Ok. I’m not even gonna touch that one. I think any believer can see what’s so incredibly wrong with that statement.

It is not a surprise to hear her blaspheme our Lord so casually though, given that she is not a believer. When asked in a recent interview about Jesus’ role in her life and how He was shaping it, Teigen responded, “Jesus isn’t shaping my anything.” So, have her Biblically-hostile views rubbed off on her husband who will portray Christ Jesus in the upcoming live television event? The short answer is YES.

As I said earlier, Legend is a far-left liberal. He has long been a staunch Democrat and was an unwavering Obama supporter. He has given over $10,000 to Democrats and liberal special interest groups. He has spoken out in support of abortion giant, Planned Parenthood, and has lended his celebrity to support their cause. Along with a large group of liberal musicians, Legend participated in a project to benefit PP, which resulted in a set of records dubbed “7 inches for Planned Parenthood”.

That’s not all, of course Legend had to chime in on the Gay Marriage debate. After Barack Obama publicly announced his support for Same-Sex Marriage in 2012, Legend tweeted, “Honestly, it’s about time! This is great news! @BarackObama!! I think same-sex couples should be able to get married.” So, the man chosen to play the role of God in the flesh is FOR abortion and Gay Marriage. Two things that God HATES.

Well, our Lord was an Israeli Jew, so at least Legend must support Israel, right?? WRONG. Legend sent this tweet about Obama’s Secretary of State John Kerry, while the SOS was meeting with Israeli leaders – “So sick watching our Secretary of State have to grovel so hard to tell Israel how much he loves them while Israeli cabinet sh*ts on him”. Legend has publicly taken Palestine’s side in the Israeli-Palestinian conflict.

How in the world could someone who is against so much of what our Lord is “for”, and for so much of what our Lord is “against”, be chosen as the best candidate for playing Jesus Christ? He seems like the worst candidate if you ask me. On top of all that, though he claims to be a Christian himself, he says that he has some “issues with faith”. He has also said, “though I was raised in a Christian home, I’m not too religious today”.

NBC obviously didn’t want to recruit someone who loved Lord Jesus to reverently portray Him. No, on the other hand, they hired a popular singer that doesn’t care much for the Christian Faith. NBC just wants ratings. They want to USE Jesus’ Name on Easter Sunday to bring their network lots of viewers and a lot of money. Trust me when I tell you friends, “Jesus Christ Superstar” will be a lot more about John Legend than it will be about JESUS. I will certainly not be watching.

“JESUS said, I Am come in My Father’s Name, and you receive Me NOT: if another shall come in his own name, him you will RECEIVE.” ~ John 5:43

“During the entire period of their Nazirite vow, no razor may be used on their head. They must be holy until the period of their dedication to the Lord is over; they must let their hair grow long.” ~ Numbers 6:5