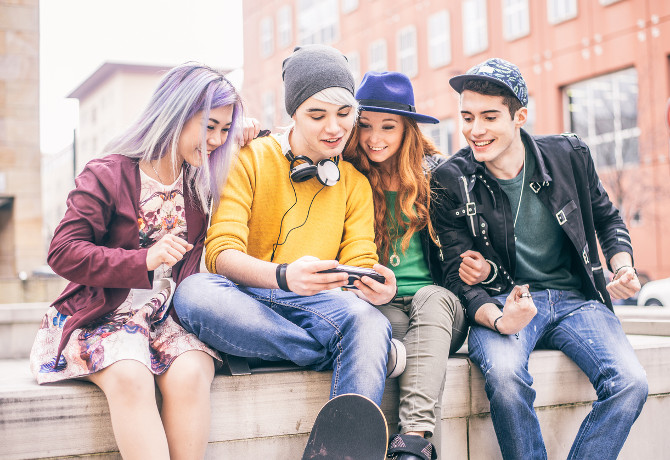 It is fitting that today’s youth (those born between 1999-2015) are labeled “Generation Z”, because I believe “Z” signifies the END. I also don’t believe it is a coincidence that this current generation of teenagers began in 1999, which is “three sixes” upside down. For those not familiar with the infamous “666” of Revelation 13:18, it is the mark of Satan.

To be clear, I’m not saying that every child born in 1999, or through 2015, is a child of the devil. Nor am I saying that the entire generation is “of Satan”. Though I do believe that “Generation Z” is more prone to following after the devil, be it ignorantly or willingly, moreso than any other generation in history. The numbers don’t lie. The Holy Bible prophesies, that in the “Last Days”, an entire generation will worship the antiChrist (Satan incarnate).

God also tells us that there will be a great falling away from His Word during a faithless, perverse, and demonically-influenced generation. Even if you don’t read any further in this article today, you would be hard-pressed to argue that these adjectives don’t apply perfectly to the world in which we are currently living. Sadly, I’m going to present even more irrefutable reasons today as to why this generation may be the Revelation 13 crowd.

A recent study by the well-known Barna Group has revealed some deeply disturbing statistics. In their “Generation Z” research project, Barna conducted a total of four focus groups with U.S. teenagers between the ages of 14 and 17, and also conducted 2 national surveys. The first survey, conducted in November 2016, interviewed about 1,500 teens aged 13 to 18. The second survey was conducted in July of last year, and interviewed just over 500 teens of the same age group.

Barna’s research revealed that teenagers today are the most NON-Christian generation in American history. Only 4 out of 100 teens hold a “Biblical worldview”. That is scary. Also, more teens than ever before identify as atheists. The study indicated that 35% of Generation Z teens considered themselves to be atheist, agnostic or not religiously affiliated. That is close to HALF of this young generation!

Barna’s findings also show that almost twice as many teens in Generation Z claimed to be atheist than Millennials. 13% compared to 7%. Less than 60% of Generation Z teens consider themselves “Christian”, compared to 65% of Millennials, and 75% of Baby Boomers. While you would think it was a small positive, in a research study full of negatives, that nearly 6 in 10 of the Generation Z teens identified as Christians, only 4% of them hold the Biblical worldview.

Sadly, Barna’s study didn’t just expose the Biblical ignorance of America’s youth, but revealed a lack of Biblical Faith among all age groups in this country. Using “a classification of Faith based on widely accepted, orthodox Christian beliefs,” Barna developed a set of theological criteria that each respondent had to meet in order to be classified as having the worldview.

“The percentage of people whose beliefs qualify them for a Biblical worldview declines in each successively younger generation: 10% of Baby Boomers, 7% of Gen X, and 6% of Millennials have a biblical worldview, compared to only 4% of Gen Z,” the study explained. This is beyond disappointing and disgraceful for a nation in which ¾ of Americans “claim” to be Christian.

I believe much of that has to do with the utter lack of Biblical Faith among their peers. When a majority of their friends and generation mock God, it must be very difficult for young impressionable minds to stay true to our Lord. As I said to open this article, the devil is trying to claim this generation as his own, and unfortunately he appears to be succeeding.

Barna’s senior vice-president of research, Brooke Hempell commented on the study’s findings at the project’s rollout event, saying, “Generation Z is different because they have grown up in a post-Christian environment where many of them have not even been exposed to Christianity or to church. It is a really unique shift. There are a lot of churches that are empty in this country. Gen Z is the one who is really showing the fruit of that.”

“.. There are many of them who are a spiritual blank slate. For the first time in our nation’s history, that is more and more common.” Sadly, she is spot on. A Spiritual blank slate. These poor kids don’t know what to believe in today’s post-Obama America. After nearly a decade of false religions being pushed into this nation (while the true God has been forced out), after national embrace of homosexual lifestyles and transgenderism, after the mainstream media forcing sex, drugs, and Godless music down their throats on a daily basis, it is no wonder that Gen Z doesn’t know what to believe anymore.

Satan is loving every minute of it. After all, he is the author of confusion. Another thing that he has succeeded in confusing this young generation about is their gender. Instead of saying “I was born a boy, so I’m a boy” like every other generation in history, Satan has many lost souls thinking that they are anything but what they entered this world as.

Barna found that 12% of Generation Z identified sexually as something “other than hetrosexual,” with 7% saying they are “bisexual.” These are KIDS mind you. Under 18! In response to this, Barna’s President, David Kinnaman said, “This is the highest percentage of self-identified ‘non-hetrosexuals’ that we have ever seen in ANY generation.”

Unfortunately, it is not just the teenagers of today that Satan has been deceiving, confusing, and manipulating. He’s been infiltrating America’s College campuses for years, through atheist professors who mock God, belittle the Holy Bible, and teach the Big Bang Theory, Evolution, and Climate Change as “truth”. Every one of these theories are designed to pull a human being away from faith in their Creator.

In another article about more disturbing studies, which I penned last year, I reported that 25% of 18 to 24 year olds in America admit that they haven’t read the Holy Bible AT ALL. Only a minute 2% of this age group say that they have read “most of the Bible.” That sure explains a lot about the sad state which this nation is currently in. Another recent study by LifeWay Research found that “Support for Israel” has been decreasing, not just in America, but among EVANGELICAL CHRISTIANS!

Of course, this is mainly due to the “Biblically-hostile” liberal indoctrination of the younger generations. While 77% of older evangelicals still strongly support the Jewish State, less than 60% of evangelicals 18-35 say the same. If these disturbing trends continue among this nation’s younger generations, we may soon see what is happening in the U.K. come to America.

It was recently headline news that the Church of England is facing a catastrophic fall in the proportion of young adults who describe themselves as Christian, as data shows an acceleration towards a “secular society”. For the first time in history, more than half the population of the United Kingdom say that they have “NO religion”. Only 3% of adults under the age of 24 describe themselves as Anglican, and 5% identify as Catholic. 3 out of 4 (75%) of 18- to 24-year-olds say they have no religion.

53% of ALL adults describe themselves as having no religious affiliation. That latest figure is up over 20% since the “British Social Attitudes” survey began tracking religious affiliation in 1983. I have managed to find ONE BRIGHT SPOT amongst all of the recent polls which have been released regarding the state of Christianity in America and the world. It is another big sign pointing to the soon return of our Lord Jesus to earth.

In another Barna Group study, it was revealed that 1 in 5 Jewish Millennials believe that Jesus Christ was truly “God in the flesh”. This is monumental. Lord Jesus said that He would not return to earth until His people, the Jews, recognized Him as their Messiah and called upon Him “in the Name of the Lord”. At least 20% of YOUNG Jews are doing just that in our day and age! Praise God.

While Satan appears to maintain a stranglehold on the youth of America and much of the world today, it doesn’t have to remain that way. As I’ve said in past articles, we believers need to boldly preach the Word of God to any and everyone we meet, ESPECIALLY the younger generations. We need to be handing out Holy Bibles to as many souls as we can. Whether or not they ever open it is between God and them. It is up to us to put His Word in their hands. One soul at a time.

We Christians are constantly praying for a revival in this nation but as I’ve said so many times, true revival begins with US. Lord Jesus commanded us to preach the Gospel to ALL nations of the earth, and to EVERY creature. Are you doing that? We, as believers, need to stop keeping God’s Word confined to Bible Studies and Church buildings. It is our job to take His Word to where it hasn’t been yet, and to those who haven’t heard it yet.

Whether that place be your secular place of work, outside of an abortion clinic, a bar, a strip club, or even a public school. Whether that person be a child, a teenager, an unbelieving friend, family member, co-worker, customer, or even a staunch atheist. We are not being the faithful servants that God has called us to be if we are keeping His Word all to ourselves, while the outside world around us remains in the clutches of the devil.

If all of the startling revelations in this article grieved you as they did me, then DO SOMETHING ABOUT IT. If we don’t, then who will? Moses famously said in Exodus 32:26, “Who is on the LORD’S side? Let him come unto me.” I second his calling today, but will change the wording just a bit to suit our current national dilemma… Who is on the LORD’S side? Let them come out into the world WITH ME.

Let us boldly, fearlessly, and courageously take God’s Word into the secular world every remaining day of our lives; in order to snatch as many souls out of the fires of hell as we possibly can before it’s too late. I believe time is running out friends, and that Generation “Z” could truly be the FINAL Generation. Are you going to let Satan claim them all? Or are you going to win some souls to the LORD’s side? Come out into the world with me, get in the game, and fight the good fight; because if you haven’t read the FINAL Chapter… GOD WINS. 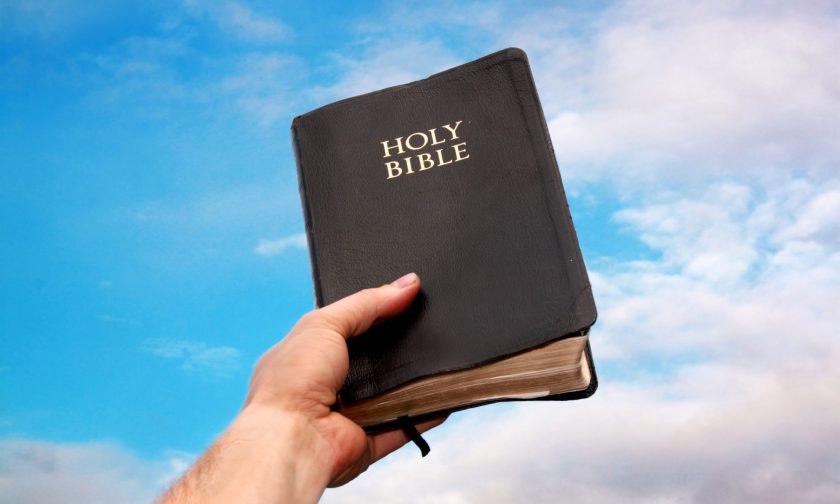 “Be of good COURAGE, and let us behave ourselves valiantly as the men FOR our people, and FOR the cities of our God: and let The LORD do that which is good in His Sight.” ~ 1st Chronicles 19:13 & 2nd Samuel 10:12

“Preach the WORD; be instant in season, out of season; reprove, rebuke, exhort with all long suffering and DOCTRINE.” ~ 2nd Timothy 4:2

“For the time shall come when the people will no longer listen to sound (Biblical) teaching; but they will follow their own desires, and seek out teachers who will tell them whatever THEIR itching ears WANT to hear.” ~ 2nd Timothy 4:3

“Let NO MAN deceive you by any means: for that day (of Lord JESUS’ Return) shall not come, except there come a FALLING AWAY (from the Faith) first…” ~ 2nd Thessalonians 2:3