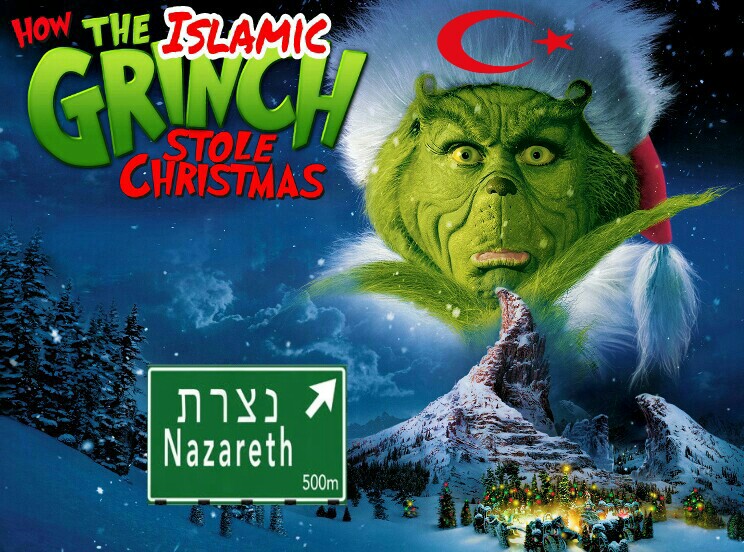 A Muslim Mayor in Nazareth, Israel, has taken it upon himself to cancel Christmas for the entire Christian population in our Lord Jesus Christ’s Hometown. Mayor Ali Salam said that his decision to cancel all Christmas festivities was made in protest of U.S. President Donald Trump’s recognition of Israel’s eternal Capital, Jerusalem. Much like the Islamic world used Trump’s long overdue pro-Israel announcement as an excuse to riot and attack Jews, it appears muslims are also using it as an excuse to ban Christmas in muslim majority lands.

Though Nazareth was once a majority Jewish population in Jesus’ days, the historic town is now home to a muslim majority. So the Mayor has decided to protest the White House’s Jerusalem declaration by punishing Christians. Not only is he ruining Christmas for the Christian minority in Nazareth, but also for the tens of thousands of Christian pilgrims who visit our Lord’s Hometown during the annual celebration of His Birth. The Mayor said during a press conference yesterday, “President Trump has taken away any joy of the holiday, and we will thus CANCEL Christmas festivities this year”.

Nazareth is one of the holiest cities in Christianity because it is the town in which the Angel Gabriel announced to the Virgin Mary that she would give birth to Christ Jesus. Our Lord spent most of his childhood in the city. Not to be outdone, the Palestinians also used Trump’s Jerusalem announcement as an excuse to ruin Christmas celebrations for their Christian population as well. The Israeli city of our Lord’s Birth, Bethlehem, which is currently occupied by the Palestinians, has also shut down celebrations this year. 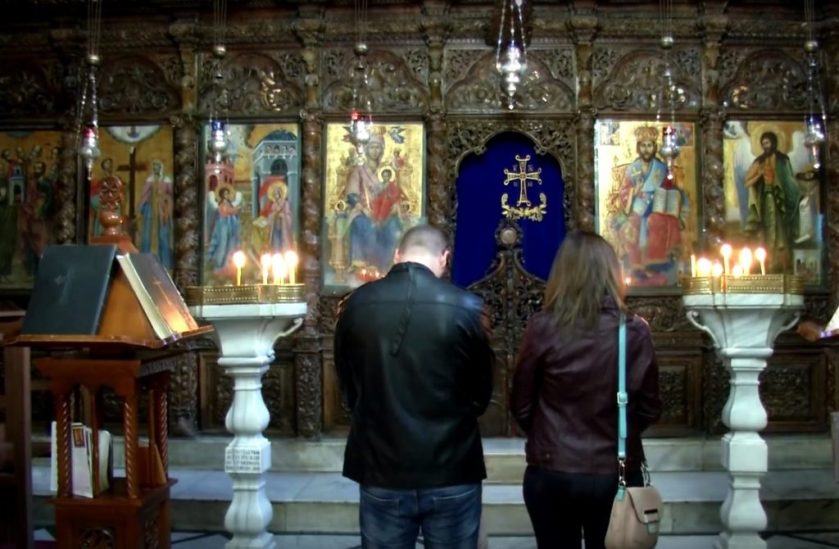 This is why muslims should not have control over Christian Holy sites, and why they can never be given rule over any part of the Holy City, Jerusalem, whatsoever. If they already bulldoze Churches in Palestine, and now even use their authority over Bethlehem to prevent Christians from celebrating our Lord’s Birth in His actual Birthplace, then what restrictions would they place on Christians and Jews in God’s Holiest City on planet earth?! This is the number one reason why the Israelis must maintain sovereign control and rule over their eternal Capital of Jerusalem.

The last time that muslims had full control over the Holy City, the “Dome of the Rock” on the Temple Mount was built directly over the site of the 2 Jewish Holy Temples as a brazen slap in the face to Holy Bible believers. The Jewish State of Israel actually protects and secures Christian (and even Islamic) sites. The Palestinians have not, do not, and would not. Now, I’m sure many secular people are wondering, why so much hostility toward Christmas by the Islamic world if they too “believe in Jesus”?

They also believe that their Jesus will return to earth and slaughter every Christian and Jew who does not renounce their faith and pledge allegiance to the god of Islam, Allah. Their “Jesus” is the polar opposite of our loving, peaceful, merciful Saviour of souls in the Holy Bible. That is why they don’t celebrate Christmas, because the Holy feast commemorates the Birth of the Son of Almighty God, the Messiah, and God in the flesh. So it is no surprise that the muslims are using a pro-Israel, and Biblically-inspired, declaration by the President of the United States to punish the Christians in their Land.

If anyone complains or raises a fuss about it, the Islamic leaders are blaming it on Trump. They say that it is his fault that Christmas was “cancelled” because he “offended” the muslim world. It most certainly has nothing to do with Donald Trump or the USA, but has everything to do with stamping out Christianity in Islamic lands. Yes, though the “War on Christmas” is always prevalent in America every year, it is much worse in the muslim majority nations of the world. They HATE Christmas.

Take for instance, the recent terror attack in Manhattan, New York, by a Bangladeshi muslim man. Akayed Ullah hated the Christian holiday so much that he used Christmas lights as a trigger for his pipe bomb loaded with metal shrapnel. He commuted from Brooklyn to Manhattan, and walked along the underground corridor between the Port Authority station and Times Square, and it was there that he noticed a “Christmas poster”. Ullah decided this spot would be the perfect place to conduct his attack, and detonated the pipe bomb. 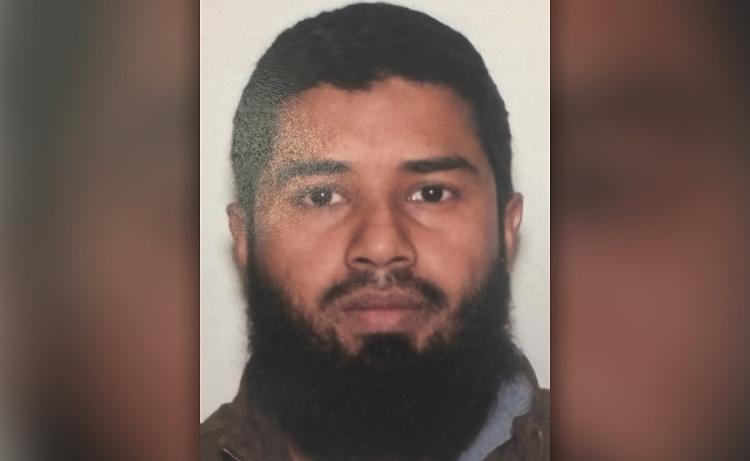 Authorities say that Ullah’s attack was motivated by his hatred of Christmas. It was also revealed that he was inspired by ISIS. Last month, ISIS circulated a photo of a box of dynamite overlooking Times Square. The photo read, “We meet at Christmas in New York… soon.” Islamic terrorists always target Christian and Jewish Holy days and seasons to conduct attacks. They want to be able to claim that “Islam is the world’s dominant religion”. New York is not the only target threatened by the Islamic State this Christmas though.

The terror group has also called for its supporters in the United States to attack Washington D.C.’s National Cathedral. ISIS released a photo on their social media channels showing a jihadist carrying a gun in front of the Church erupting in flames. Another recently released ISIS photo shows a terrorist taking aim at a crowd of concert-goers with the caption “See you soon on your holidays.” National security experts are warning that Islamic terrorists are focusing strongly on “soft targets,” such as Churches, Synagogues, shopping malls, public transportation systems, and Christmas events.

The U.S. State Department has also issued a “terror warning” for Americans abroad after the Islamic State threatened to “bathe the Vatican in Christmas Blood”. Recently, ISIS threatened the Vatican and specifically Pope Francis. A propaganda poster posted on social media featured a masked man driving a car toward the Vatican, seated next to a backpack and large gun. The poster was captioned “Christmas blood: Just wait”. 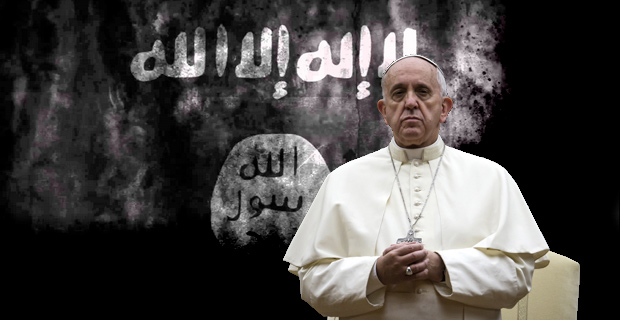 Another photo shows a jihadist holding the severed head of Pope Francis. America and Rome aren’t the only places that Islamists have specifically targeted in this Christmas season. With the success of many terror attacks across Europe last year, such as in Christmas markets, ISIS wants “lone wolf” recruits to attack more markets, festivals, and cathedrals in Germany, the U.K., France, Belgium, Sweden, Russia, Australia, Finland, and Spain.

These Islamic terrorists and leaders across the world desire to stamp out the celebration of our Lord’s miraculous Birth, but they will never succeed. They can ban Christmas everywhere, they can threaten us every day, and they can commit terror attack upon terror attack, but they will never stop true Christians from celebrating the Birth of our Saviour. There is one thing that ISIS and the muslim world fails to understand about us Bible-believing Christians, and that is while they KILL for their god, we are always willing to DIE FOR OURS. 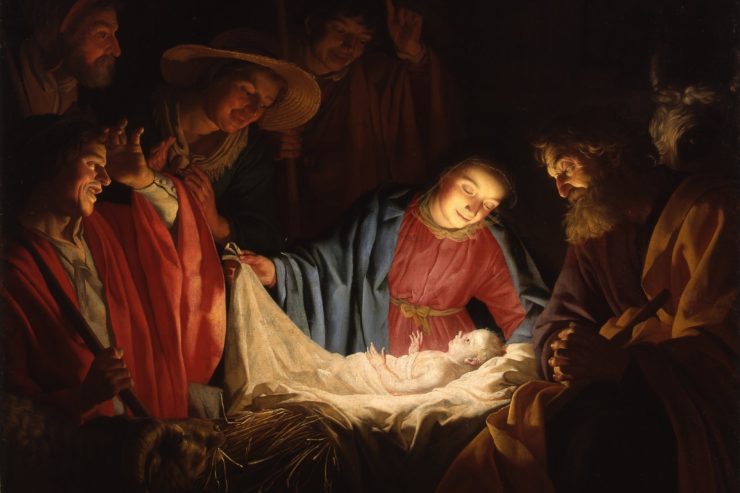 “For MANY walk, of whom I have told you often, and now tell you even weeping, that they are the ENEMIES of the Cross of CHRIST.” ~ Philippians 3:18

“JESUS said, Then shall they KILL you (Christians): and you shall be HATED of all nations for MY Name’s Sake.” ~ Matthew 24:9

“JESUS said… The time comes, that whosoever KILLS YOU will think that he does ‘God’ SERVICE. And these things will they (Muslims) do unto you, because they have NOT KNOWN the Father in Heaven, NOR ME.” ~ John 16:2-3

“And when He had opened the fifth seal, I saw under the Altar the souls of them that were SLAIN for the WORD OF GOD (Holy Bible)..” ~ Revelation 6:9

“… And the BEAST MADE WAR with the saints (Christians), to overcome them: and power was given him over ALL kindreds, and tongues, and NATIONS.” ~ Revelation 13:7

“And the dragon (DEVIL) was wroth with the Woman, (Virgin MARY), and went to MAKE WAR with the remnant of her Seed (Christians), them which KEEP the Commandments of God, and have the Testimony of JESUS CHRIST.” ~ Revelation 12:17

“JESUS was born in BETHLEHEM of Judaea in the days of Herod the king…” ~ Matthew 2:1

“The Angel said unto Mary, The Holy Ghost shall come upon you, and the power of the Highest shall overshadow you: therefore also that Holy thing which shall be born OF YOU shall be called the SON OF GOD.” ~ Luke 1:35